Editorial: PSL should be ashamed for sale of Celtic

Johannesburg – The sale of Bloemfontein Celtic to flamboyant Durban businesswoman Shauwn Mkhize, who this week wasted no time to relocate the famous Free State football club from Bloemfontein to Durban, has robbed millions of Free State people of their proud heritage.

There is something eerily peculiar about this (t)ransaction, which seems to have happened under a veil of secrecy and at the speed of lighting.

It looks like both players and throngs of the club’s passionate supporters were not taken into confidence nor their interests considered during negotiations.

Not even the Premier Soccer League (PSL), which was the final arbiter in this sale, cared to raise crucial ethical considerations between the seller and the buyer.

We are not, and we will never be, against the principle of selling a soccer team, but we believe that such important sales must be done with due consideration to the interests of important stakeholders: the club’s fans and players.

To avoid inflicting pain on the people of Free State, it was the duty of the PSL to have sought to attach conditions to such a sale.

Mkhize should not have been allowed to relocate the team and change its name.

This is the practice all over the world where teams such as Chelsea, PSG, Manchester City, Arsenal, and many others are foreign-owned but still maintain their names and home bases.

Soccer must be spread across the country and not concentrated in a few provinces.

Sadly, with the sale of Siwelele, as the team is fondly known to supporters, the historic name of Bloemfontein Celtic has been extinguished with a stroke of a pen.

It was followed by sheer arrogance, never seen before, of informing the players to pack their bags and move to KwaZulu-Natal before the end of the very same day.

As reported in this newspaper today, the sale of Celtic is going to contribute to weakening the economy of Bloemfontein and contribute to an increase in unemployment. It is also going to destroy the love of football in the province.

We’ll never know whether Max Tshbalala had any true interests of the club at heart, especially against the persistent rumours that he could have had silent partners in the club’s ownership, who included some Free State politicians.

It was later named after the club’s founder, the late Petrus Molemela who must be turning in his grave as a result of this shameful sale.

We must all be very afraid that important and historic soccer institutions like the two Soweto giants – Orlando Pirates and Kaizer Chiefs – can in future be simply sold to the highest bidder and relocated out of Gauteng to other provinces.

The PSL should be ashamed. 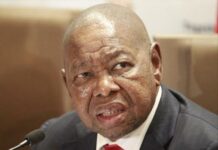