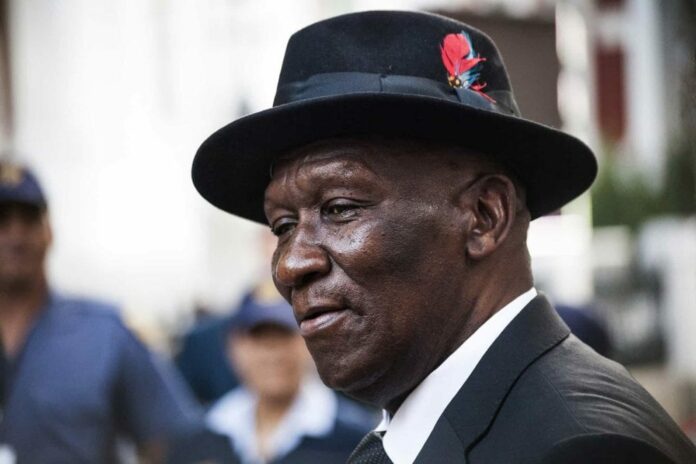 The constitution stipulates that the police service exists for the purpose of securing and protecting “the inhabitants of the Republic” by upholding and enforcing the law – a function that is less about bombast and political platitudes of the minister of police, but more about police action.

This means that at all times, police presence, with boots on the ground, is a non-negotiable imperative, but a function premised on having more patrols and detection, if the residents are to feel secure and safe as prescribed by the constitution.

In most townships across the country, acts of violence and intimidation are causing fear and uncertainty. The residents experience violence all the time. Many have been shot dead, and are overwhelmed by the presence of criminal syndicates within their communities.

In recent weeks, 16 tavern patrons were shot dead in Orlando East, Soweto. Such killings have continued in various parts of the country, including Ga-Rankuwa in Tshwane and Katlehong in Ekurhuleni, as well as Pietermarizburg in Kwazulu-Natal.

Where should the poor people turn to if the police appear not to be up to the task of defending them?

What seems obvious, though, is that the police are overwhelmed, and in most instances, appear to lack the requisite skills, resources, training and intelligence to detect, pre-empt and respond adequately to unfolding criminal activities.

In a middle income and fairly developed country such as ours, the expectation is that the police ought to have developed a well-resourced unit staffed by officers with the capacity to track and predict crime patterns.

But it seems our police ministry has been hallowed out by corruption and factionalism, it lacks a vital capacity such as police intelligence. Without intelligence, little or no progress can be made to curb the scourge of crime and violence.

Police intelligence is the backbone of policing. The need to populate the police service with skilled operators, not embedded in political factions of the governing party, is a requirement.

The country needs a more focused police leadership as part of an entity offering a public service to serve and protect communities.

Until the country develops this capability, Police Minister Bheki Cele will continue to waste resources, flying from one point of the country to another trying to fight bellowing fires to no avail.

In recent days, Cele and his lieutenants have been doing exactly this. With the country gripped by a spate of murders in the taverns, the tendency has been to visit the scenes of gruesome killings with the intention of attracting media coverage.

For Cele and his entourage, it is lights, camera, action, as if they are in a set of a movie, thinking that the people who are always affected by crime are just extras in the filming of a crime scene.

The question is to what degree does this kind of intervention become of any use to communities who have lost their loved ones?

It is not difficult to see that such an intervention is of no value. It borders on populism and clout-chasing. His long speeches are unhelpful publicity stunts. The communities expect protection and detection of crime before it happens.

Cele and his ministry are a letdown. Freedom and democracy become of no value when the inhabitants are vulnerable to violence and crime.