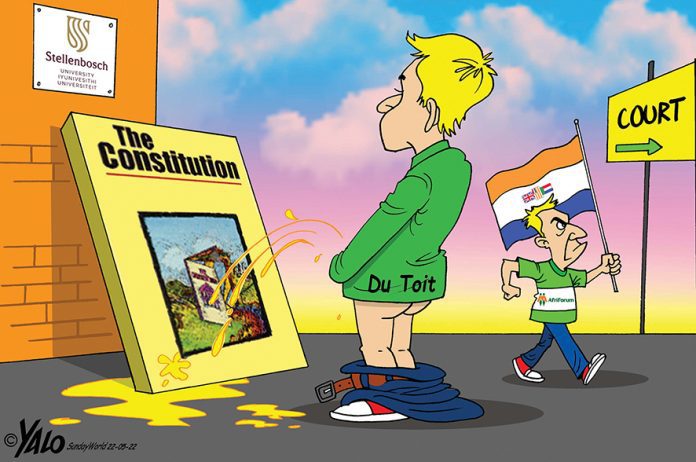 It is a bitter irony that racism still permeates most aspects of our lives and remains part of our main discourse. This, after 28 years since South Africa attained democracy and a new social order, was expected to bring about an end to racial discrimination.

The incident of a white University of Stellenbosch student, Theuns du Toit, who was captured on video urinating on a fellow student’s laptop and books demonstrates that deep-seated racism still lingers in many sections of our population.

Du Toit was not born a racist. It had long been abolished by the time he was born. He must have learned it from people who know that, although abolished, racism is not punished in this country.

There is still a long way to go in a country where organisations like AfriForum can legally challenge the banning of the old apartheid flag – a symbol of racism.

We have not seen our government frown on such actions. We have not seen the many racists in our midst brought before the courts to account for their racist behaviour. Instead, racists are legally trying to restore symbols of racism.