ANC divided on how to fix entities 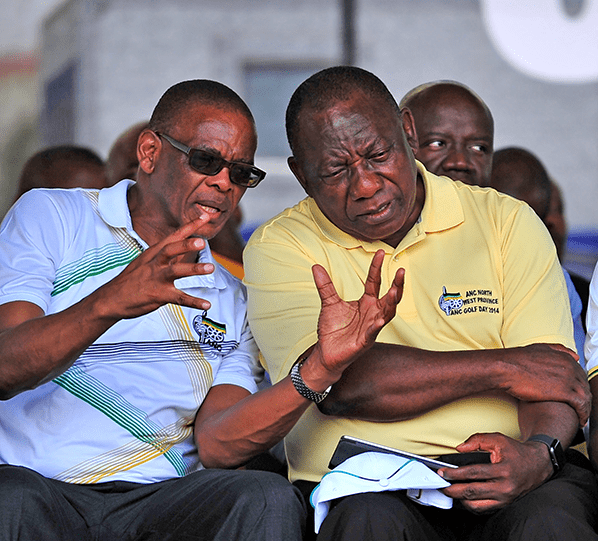 The ANC will hold a meeting of its top brass to discuss the crises plaguing state-owned enterprises (SOEs) as Eskom’s roll-out of power cuts continues to cripple the country’s economy.
Sunday World understands the party’s national executive committee (NEC) resolved at its special meeting in Kimberley, Northern Cape, on Monday to hold another meeting in about a week to discuss the quandary the country’s SOEs  find themselves in and the harm they are causing on the economy.
It has also emerged the SOE crisis has become a proxy in the battle between supporters of President Cyril Ramaphosa and ANC secretary-general Ace Magashule in the run-up to the party’s mid-term meeting – the national general council in June.
An ANC NEC member who attended last week Monday’s meeting said there were divisions over the options that business rescue practitioners Les Matusan and Siviwe Dongwana have presented on SAA.
This was after Ramaphosa presented an update on the situation at SAA during the NEC meeting.
“The president was giving us feedback [on SAA], we then felt that we don’t have enough time, after comrades could not really coalesce around the different options that are on the table. The agreement was that we don’t have enough time, let’s rather do an NEC to basically deal with the state of SOEs,” the member, speaking on condition of anonymity, said.
“The agreement was that there is a need for a discussion that focuses on SOEs broadly. The state of our SOEs might require us to look at [whether] these SOEs are fulfilling their mandate,” he added.
ANC spokesman Pule Mabe confirmed that a discussion on the SOEs had been deferred.
Another source based at the party’s headquarters, Luthuli House in Johannesburg, said the faction aligned to Magashule was opposed to Minister of Public Enterprise Gordhan’s reforms at SOEs and were blaming him for the failures of the Eskom and SAA, among others.
“They are divided on Eskom. Magashule grouping are saying Eskom should not be sold; they are saying even dividing Eskom you are privatising it.”
Deputy President David Mabuza raised eyebrows this week when he told SABC News that Eskom board chairman Jabu Mabuza and Gordhan had misled Ramaphosa on the announcement that there would not be load-shedding until January 13.
By George Matlala