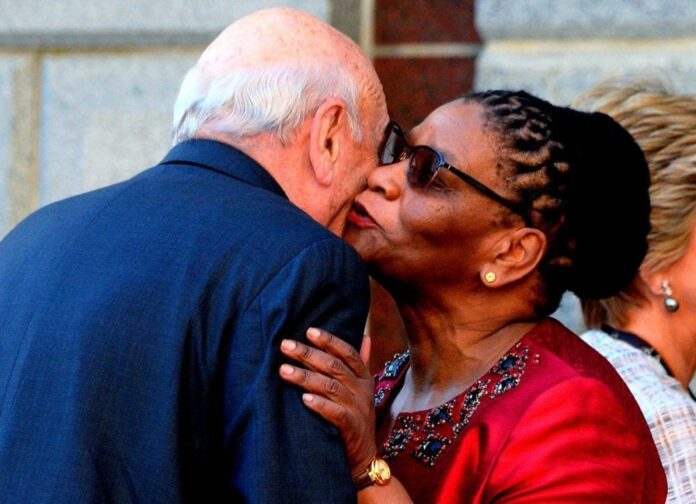 The ANC has joined the SACP and EFF in condemning the last Apartheid President, FW De Klerk for denying that he presided over a government that was a crime against humanity.
On Thursday, the EFF disrupted the State of the Nation Address (SONA) demanding that De Klerk, who was invited by Parliament as a former president, leave the House.
This is after De Klerk denied in an interview that Apartheid was a crime, saying “black-on-black crime” claimed more lives more than Apartheid.
In 1973, the United Nations declared Apartheid a crime against humanity, defining it as “inhuman acts committed for the purpose of establishing and maintaining domination by one racial group of persons over any other racial group of persons and systematically oppressing them”.
In a statement, the ANC said the De Klerk Foundation’s statements were a betrayal of the memory of Former President Nelson Mandela’s commitment to reconciliation, which saw the first democratic president conceding to sharing the Nobel Peace Prize with De Klerk in 1993.
“The ANC urges the government it leads to tighten provisions around hate speech, and declare the denial of apartheid as a crime against humanity as a crime, as is done in other jurisdictions such as Germany where holocaust denial is not tolerated in any form,” the statement said.
By George Matlala