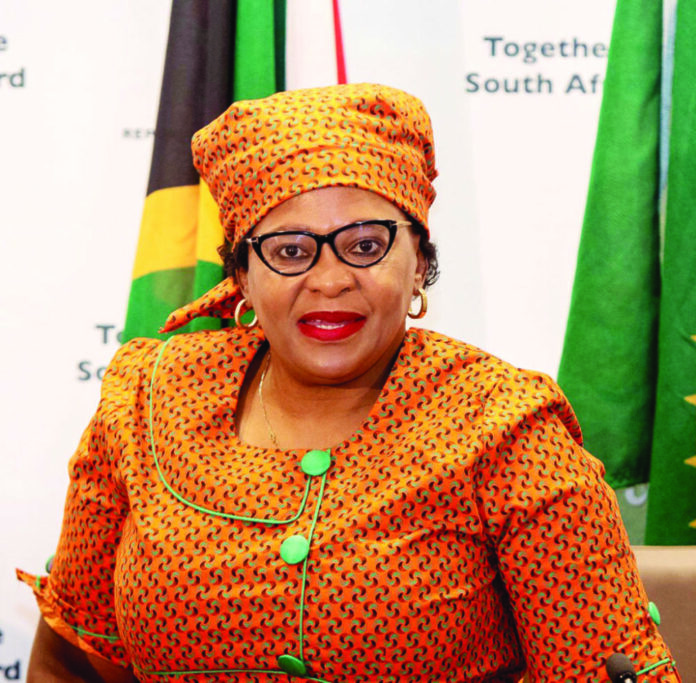 ANC head of organising Nomvula Mokonyane has called for mass screening and testing of every citizen using a voting district and ward method employed during elections.

This is one of the measures proposed by the party’s organising and mass mobilisation unit, headed by the former water and sanitation minister.

The governing party plans to activate its branches to help the government in the fight against the spread of COVID-19 as the country’s infection rate increases towards an expected peak in September.

In an internal document t it led “Act ivat i ng A NC structures and members in the struggle against the COVID-19 pandemic”, Mokonyane said the organisation should lead in these times of crisis.

She said the ANC should “support the view that government, through the president, should consider making a call for mass screening and testing as part of a patriotic duty by every citizen.

“At regular intervals within a chosen period, [two days] must be dedicated for screening and our people must be called to screen and test using a voting district and ward as in the elections method.

“Electoral Commission of South Africa can be drawn to consider sharing the latest voters roll to keep record of those who have been screened in a ward,” she said in the document prepared for ANC structures.

Mokonyane said ANC leaders should be seen leading their communities in activities such as screening and taking care of the vulnerable while observing lockdown regulations such as social distancing.

“In order to build a massive response to avert the risk of COVID-19 to the lives of our people, the ANC should embark on preventative and protective activities to save the people,” she said.

ANC spokesperson Pule Mabe confirmed the authenticity of the document.

Duduzane Zuma says he will make the ideal president as he is in touch with what the youth wants. He believes not much will change...
Read more