The estranged wife of Gauteng ANC secretary Jacob Khawe has broken her silence on the physical, emotional and financial abuse she allegedly suffered at the hands of the top politician.

Nthabeleng Khawe, who has filed for divorce, told the Sunday World Khawe had turned her into a punching bag and allegedly assaulted her four times at their marital Featherbrooke Estate home west of Joburg.

The ugly separation also started playing itself out on the social media this week.

The Sunday World has seen numerous pictures of a battered Nthabeleng, but the publication can’t independently confirm they were inflicted by the former Emfuleni mayor.

“Jacob hit me four times and I got bruised. The fights started to become very intense and physical. I asked him after the first time he hit me to never do it again. I only regret not opening assault cases against him. I know women are taught to bear the pain and pretend things are ok. But I won’t allow anyone to beat me up at my age in 2022,” said the teary-eyed Nthabeleng.

She also said she and Khawe couldn’t find each other.

“Everything he said and did [meant]was to break me down. It was obvious that he was cheating. Where do you go every day as a husband returning home at 5am the following day? I have filed for divorce and have moved on. I was mentally, physically and financially abused. He hardly ever contributed to the household, and I was sympathetic because he doesn’t get paid regularly,” she said.

Nthabeleng, who runs an accounting firm, started dating him in 2019. The two tied the knot in December 2020.

“All I wanted was to love and be loved, nothing more, nothing less. I’m not sure if he was ever really in love because we had a weird power struggle to assert himself on and off for reasons I didn’t really understand.

“The fight really started with my stance on the marital contract. I refused to marry Jacob in community of property and that hurt him. It didn’t make sense to marry anyone in community of property after toiling for over 20 years without him. Four weeks after the grand wedding he disappeared for six weeks because I objected to constant early morning arrivals. Like who works until 3am every morning?”

Khawe was previously married to Khusela Diko the former presidential spokesperson and the late Gauteng MEC for social development, Thuliswa Nkabinde- Khawe, who passed away in 2019.

In response, Khawe said: “I am married to a beautiful, matured, knowledgeable and educated woman. All your questions suggest the opposite and I don’t think they are from her [sic],” he said without explaining himself further. 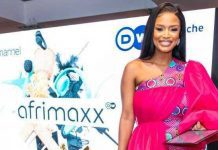