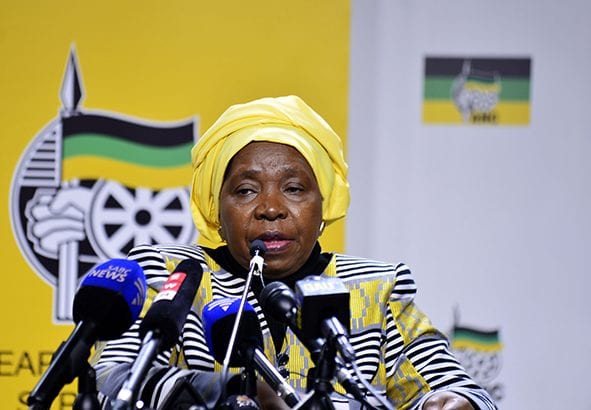 Co-operative Governance and Traditional Affairs Minister Nkosazana Dlamini-Zuma has painted a grim picture of the state of the country’s 257 municipalities, saying 125 of them are in financial distress.

Corruption, political infighting and interference and poor oversight are among some of the problems crippling many of the country’s municipalities, Dlamini-Zuma noted in a confidential presentation.

She presented the document titled Report on the State of Local Government at a special national executive meeting held on Monday by the governing party to prepare for next year’s local elections.

“Small towns/rural municipalities [are] largely not viable, cannot raise enough to sustain themselves. Corruption is a challenge in all spheres, especially local government. Not all corrupt, 81 ANC-led municipalities received unqualified audits [with and without findings],” she said.

Expanding on the financial performance, she noted that there were high levels of irregular expenditure in municipalities, overuse of consultants and the adoption of unfunded budgets.

In June, auditor-general Kimi Makwetu noted that the country’s municipalities spent R1.26-billion on consultants yet regressed when it comes to their audit outcomes. Only 20 of the 257 municipalities achieved clean audits.

Dlamini-Zuma said the ANC needed to deploy qualified cadres to municipalities, manage political interference and review the structure of funding for local government, among other issues.

Rasodi Manyaka, a lecturer of public administration and management at the University of Mpumalanga, said the fundamental challenge facing municipalities was interference of politicians in the administrations of municipalities, coupled with poor, unethical leadership and ineffective oversight.

“All these issues have far-reaching repercussions for service delivery and contribute towards creating a culture of corruption in these municipalities,” he said.

Manyaka also noted that most municipal public account committees were weak by design and consisted of weak councillors who get removed when they start asking the right questions.