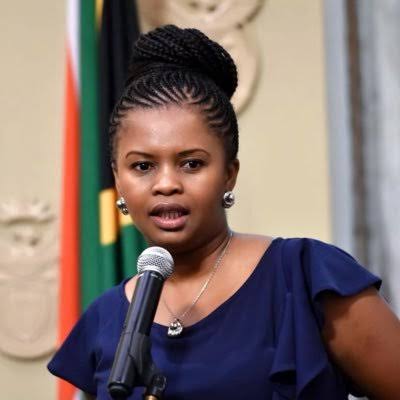 Comment got Diko in hot water
Presidency spokeswoman Khusela Diko was forced to apologise to Deputy President David Mabuza after contradicting the country’s second-in-command over his comments that the
president was misled on load-shedding.
Sunday World can reveal Mabuza’s statement that Public Enterprises Minister Pravin Gordhan and former Eskom chairman Jabu Mabuza had misled the president lifted the lid on the growing fissures between Ramaphosa and his deputy’s camps in the ANC and in government.
Although the two top leaders are said to have a collegial relationship, they were tensions among those surrounding them, with some in Ramaphosa’s circle allegedly working hard to portray Mabuza as a “threat” to the president.
Answering a question last month from the SABC on whether Gordhan and Mabuza misled the president, Mabuza said: “They have misled the president, but right from the day
we went there with the president I insisted on maintenance.” 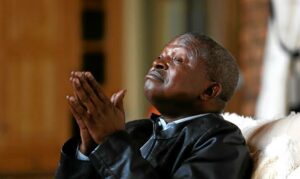 Diko later contradicted Mabuza, saying Ramaphosa was not misled, as the information he used to say there would not be load-shedding during the festive until January 13 had changed.
She said, though, that Mabuza did not have “malicious intent” when making the statement on misleading of the president.
A source in the Presidency said Diko’s comments – which were seen as undermining Mabuza – got her into hot water.
“That statement got her into deep waters. She did not have the mandate from the president to make that statement. She had to eat humble pie and apologise,” the source said, speaking on condition of anonymity.
The senior official said there were people around Ramaphosa who wanted to drive a wedge between him and Mabuza “for the sake of their survival”.
He said Mabuza’s statement was well-calculated and saved the president from the embarrassment of being accused of lying to the nation.
But another source in the Presidency said Mabuza’s statement was made out of anger of not being taken serious by those around Ramaphosa, especially on issues of deployments into state-owned enterprises (SOEs).
Mabuza heads the war room on SOEs and the ruling party’s deployment committee.
“He [Mabuza] was very angry that he is not being taken seriously by the people in the war room. But he was never with us [at Nasrec]. Even Paul [ANC treasurer Mashatile] was forced
by the membership to go with us,” he added.
Diko had not answered written questions sent to her by the time of going to press.
Mabuza swung the vote in Ramaphosa’s favour at the party’s elective conference in 2017 after dumping the presidential campaign of Cooperative Governance and Traditional Affairs Minister Nkosazana Dlamini-Zuma.
By George Matlala