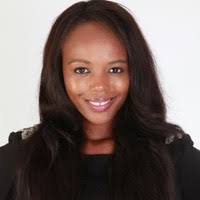 A R50-million Absa-appointed BEE supplier, Gravitate Multi-Video Content, has been rocked by fronting allegations, fraud charges and claims and counter-claims of breach of competition clauses among its partners.

Caught in the middle of the drama over the control of the company are TV presenter Thabang Masanabo, her husband Johannes and their company, Thape Media, brought in as BEE partners and awarded 51% shareholding in Gravitate by minority shareholders David Mortimer, Denys Webb and Gerald Harvey.

The awarding of the stake was to satisfy the requirements of a R10-million a year five-year contract with Absa. Masanabo’s battle with Gravitate follows the departure from the same firm by TV personality Minnie Dlamini, her husband Quinton Jones, Gugu Madlala and Boitumelo Peters, who sold their 51% shareholding in the company back to the minority shareholders for R1.2-million.

Masanabo and her husband have filed a complaint with the Broad-Based Black Economic Empowerment Commission against Mortimer, Harvey and Webb, stating that the three directors were frustrating their eff orts to exercise control over the running of the company. In the complaint, seen by Sunday World, the Masanabos said they had no control over the financial affairs of a company they are supposed to lead as majority owners.

They complained that bank signatories were executives loyal to Harvey and Mortimer who made payments without first clearing these with them and they earned less than the minority shareholders. According to the complaint, dated June 9 2020, the couple said funds amounting to R614 000 were also fraudulently transferred out of the company as loans to an entity owned by Harvey and Mortimer, MH , without any loan agreements and payment terms.

These amounts were later written off without being paid back. The Masanabos have opened fraud charges against Mortimer, Harvey and Webb at the Sandton police station. The couple also accused Mortimer, Webb and Harvey of fronting, alleging that the entire company appears to have been structured to benefit the minority shareholders instead of the majority shareholders.

The directors indicated that at least three companies were awarded the 51% shareholding in Gravitate MVC, and said all of them, including Dlamini’s firm, have since exited the deal before the contract expired. The complaint also shows that the couple had also queried other loans that they said appeared to benefit minority shareholders.

These included a R1.6-million loan that Gravitate acquired from a company owned by Mortimer’s lover, Lynne Mackenzie, called LM&P. Masanabo and Johannes, according to the complaint, said the loan had no agreement or payment terms, and they also discovered that Mackenzie and Mortimer were lovers, details which they said Mortimer did not disclose to them upon acquiring the 51% stake in Gravitates.

They said they also discovered that Harvey and Mortimer were also directors in Mackenzie’s company. Speaking for the minority shareholders, Mortimer confirmed that they were aware of the complaint laid with the commission, but added the allegations were falsehoods peddled by Masanabo as well as Johannes. Mortimer said he was prepared to supply the commission with relevant documents to prove that the fronting allegations were not true.

He said the minority shareholders and Thape Media were locked in arbitration over Masanabo and Johannes’s breach of competition clauses, stating that the two were dedicating 90% of their time to running their company and neglecting their fiduciary duties as directors Gravitate. He said it was not true that Masanabo and Johannes had no control over the running of the company as they took all decisions on finance and operations. Mortimer confirmed that he and Mackenzie were romantically involved for 22 years, and he confirmed that Mackenzie’s company had loaned Gravitate R1.2-million.

But he also said the relationship and loans were declared to Thape Media. Mortimer added that no one from the police has contacted them about the fraud charges. While Mortimer dismissed claims that the minority shareholders earned more than the majority shareholders, e-mail exchanges between him and Johannes Masanabo show that Mortimer, Harvey and Webb earned R401 000 compared to Thape Media’s R331 000. Masanabo declined to comment, saying the matter was before the commission and there was also a legal process unfolding in court.