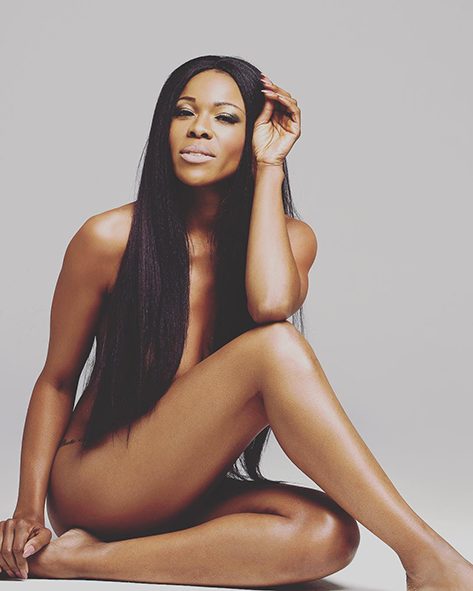 Shwa is chuffed that the producers of Dream: The Lebo Mathosa Story, listened and showed Kelly Khumalo the door. Now all hail the queen that is Keabetswe “KB” Motsilanyane. Girl’s got attitude and ghetto vibes; she can sing and she has phenomenal acting talent. Shwa has her
popcorn ready for the November 6 BET Africa premiere.

Celebs come out to play for Africa Rising

The Africa Rising International Film Festival launch came with the heat at the National School of the Arts in Joburg last week. Hosted by Lala Tuku and Kweku Mandela, the film fraternity showed face at this Global Citizen brainchild project. The who’s who in the acting space came out to play after a hectic week of revealing exploitation. 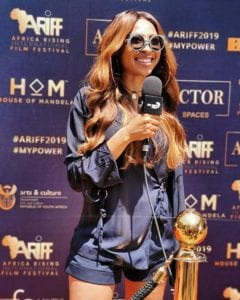 Enhle Mbali looked all kinds of hot! Shwa likes this new and reformed Enhle, who is fearless about her dreams in the industry. Also, those
legs girl! Yasss. 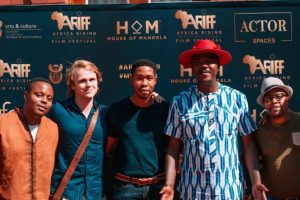 And, wait, Mr TAM has now evolved. That’s right, Toll Ass Mo is now referred to as TAM. Making no mistake to announce that he’s done with his childish ways of comedy, TAM is out there making money in the Fourth Industrial Revolution of gaming. Big up bro! 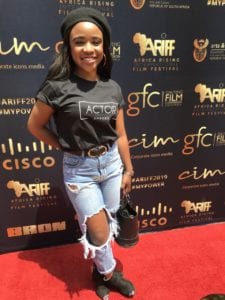 Hebanna! Angela from Generations has risen from wherever. Dineo Nchabeleng is a busy lady. Shwa is always happy to see has-been actors and actresses still supporting causes such as this festival. You are  well-performing has-been.

Jamnandas – your uncle in the load shedding business

The people’s bae, Mbuyiseni Ndlozi, should’ve been a comedian – not that parliament politics isn’t already a circus. In a hilarious Joshua
Doore parody, he channels the legendary Louis Armstrong’s voice to poke fun at Pravin and Cyril. Dankie for bringing light to this dark situation.

Glitz and glamour at the Feathers 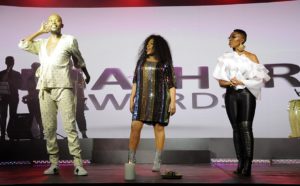 A euphoria of queer pride was felt at the 11th instalment of the Feathers in central Joburg. Shwa bumped into a few friends and frenemies on the pink carpet.

Moshe Ndiki was the star of the night with his dry, shady jokes and weird umkhaba. No wonder The Queen decided to cut short your on-screen presence as Prince.

Lasizwe, doll face. It’s the Feathers, yes, but it does not mean you must wear feathers! Also your Toughees looking shoes are a no-no. 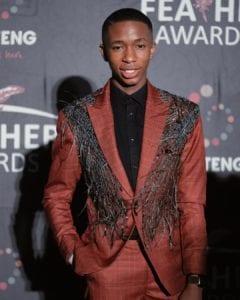 Skolopad trying to be like Zodwa Wabantu is also tiring now.

Ao Somgaga le Mohale, Shwa was ready to take your pink carpet snap, only to find out that you entered the wrong way! Kanti yini ngama backdoor tendencies.

Celeste Khumalo, nana make-up and lighting need to communicate. What’s up with your spook face? The Hot Chick of the night was Krazy K. She looked amazing complimented by humbleness. Mama should be proud of the accolade. Halalaaaa.

Influencer Nkuli Masemola rocked up in plastic and it was such a hack! Just recycle that thing. Ausi Penny Lebyane walked away with the Fag Hag of the Year award. The only hag was your boob that wanted to make a special appearance on stage.

Dineo and Solo won cutest couple. Njani? When there is Phelo and Moshe. Stop promoting your wedding, we know you have been together for seven years. Niya bora, shem! For real – too bored for words!

Sello Maake Ka Ncube really thinks he is the God of acting. Going on about Kuli Roberts’s acting being stiff . But this Archie...
Read more
Shwashwi

Mangaliso Ngema needs a lesson in what gaslighting means. His pathetic video, aft er being discarded from Lithapo for sexual harassment, was the pits....
Read more