Johannesburg- Mzwanele Manyi and members of the Jacob Zuma Foundation have turned themselves into grand moegoes for declaring the former president  “the father of the nation”.

Manyi, the foundation’s mouthpiece, made the declaration when he announced plans to welcome Zuma home with “prayers”.

The welcoming jamboree, held in Durban on Thursday, came after Zuma was granted medical parole since his imprisonment in July.

It’s a huge bluff and a sham to even mention Zuma’s name in the realm of “hero” and “father of nation”.

Bafana Bafana and coach Hugo Broos have brought hope and smiles to many South Africans as the new national team “spring chickens” fight for a place at the Qatar 2022 World Cup.

Bafana are now four games away to realising their dream of being at the world football spectacle in the Middle East.

They still have to face Zimbabwe at home and Ghana away next month, thereafter it’s two home and away matches in the last and final round.

There is no doubt Broos’ belief in young and hungry players is paying off. Thank you, Bafana. 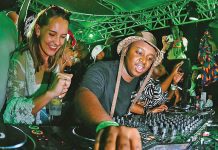