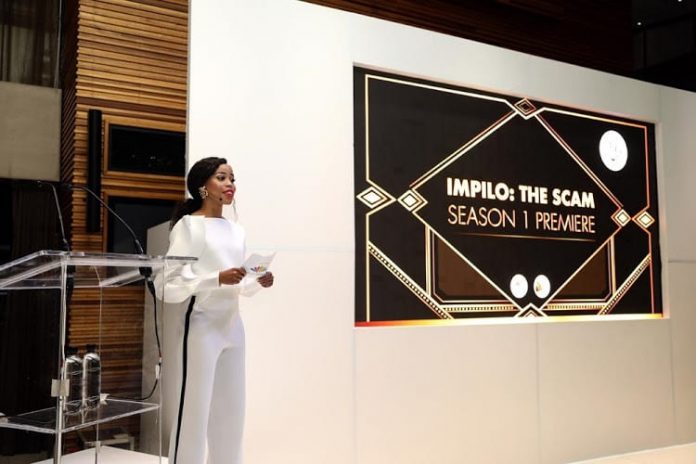 Shwa stopped off at the launch of Mzansi Magic’s new drama series Impilo: The Scam en route to losing all my morals at the Durban July.

Pity I couldn’t slay like Mzansi’s queens, who rocked their assets this week. It was a good move – chilled vibez and the show is quite captivating.

Helmed by young filmmakers Aluta Qupa, Mbalizethu Zulu and Thembalethu Mfebe of A Tribe Called Story, it kicked off Monday at 8pm. Shwa strongly recommends you check it out.

Natural twins win round hands down for Minnie

Winter might have been at its coldest this week, but Mzansi A-listers could not be bothered.

Nomzamo Mbatha, Minnie Dlamini and Kefilwe Mabote were in a social media showdown by already flaunting their summer bodies. Kefilwe, as always, photoshopped herself to death and looked like a wax figure.

Nomzamo’s snap was a throwback. So, gurl, you are cheating. Minnie wins this round. With such natural twins, Shwa is ready for a boob job. Can someone recommend a good plastic surgeon? Bonang?

“There is more extraordinary love, more love that you have never seen, out here in this wide and wild universe. And there is the love… that will be ready.” – N. Waheed ????: @thuli_moskey_dlamini

It must be the mountain air

Shuuuuuuuu! Lesotho has such hot girls.

Thabo Rametsi’s bae and actress Bokang Phelane is such a flame.

Her body is all kinds of banging.

Love the short hair, too. It makes her face pop.

She’s definitely one to watch.

So last night your bae was honored with the opportunity to host the premier screening of Impilo: The Scam – coming to your screens on the 8th of July on @mzansimagic ,by 3 young creatives called “ A tribe called Story”. I’m so glad I could be a part of such a great moment , thank you @multichoice_group for shaping and shifting the game. Here’s to the Future. Here’s to many more????????

Shem! Anele Zondo is trying yaz. She beautifully hosted the event. But she doesn’t have that thang. White is so your colour! It’s a shame that you are always the bridesmaid and never the bride. Take off your clothes maybe?

Moegoe of the week: Ricardo Mettler

Johannesburg - Moegoe of the week: Ricardo Mettler is a moegoe after he was found guilty of stealing an R8-million painting by Jacobus Hendrik...
Read more