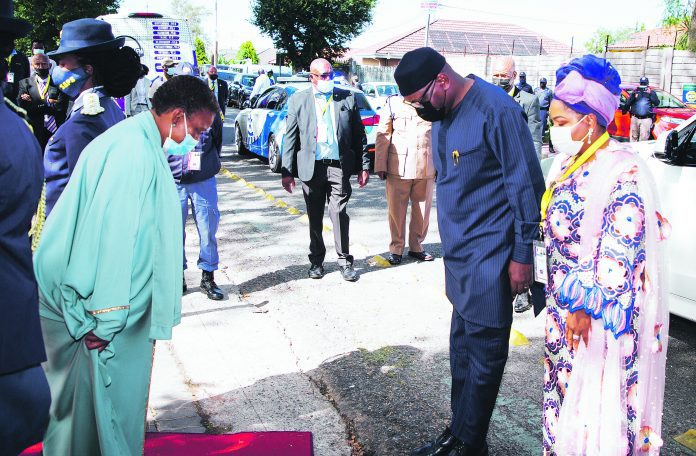 Gauteng’s number one citizen David Makhura has heeded the call made by President Cyril Ramaphosa during the State of the Nation Address to finalise a comprehensive social compact to grow our economy, create jobs and combat hunger.
To this end, Makhura this week announced a plethora of interventions his administration will embark on in forming social compacts that will result in tangible outcomes.
“The commitment to social compact is therefore the approach which Gauteng will instrumentalise to unlock economic growth through leveraging the strength of the diverse talents, capacities and experiences of the people of our province,” said Makhura.
The Gauteng Provincial Government has established a provincial war room in which government and industry leaders have joined forces to drive economic recovery, unlock growth in every sector and create sustainable jobs as well to support SMME development.
“Through the war room, we are working with the captains of industry on programmes that will unleash growth by matching public policy support and government action with consolidated commitments by sector leaders on investments and jobs,” the premier said.
The war room immediately got its hands dirty, having already initiated a programme of quarterly sector action labs with industry representatives focusing on problem-solving and social compacting platforms.
The administration has also said it will, in partnership with the Public-Private Growth Initiative, businesses, organised labour, state-owned enterprises and relevant national government departments, work in tandem to reignite the Gauteng economy.
The sectoral engagements and war room sessions have already begun to yield positive results, including:
• The Ekasi Labs, Township Cloud Zones and Hot-Desking Hubs will be optimal sites for new data centres and big investments in communication technologies.
• The provincial government has partnered with the University of Johannesburg to turn the province’s mounting e-waste problem into an economic opportunity and protect the environment.
• Together with the aviation industry and the tourism and hospitality sector, the Gauteng government is building a Gauteng Air Access partnership to attract more passenger and cargo airlines to operate from OR Tambo International and Lanseria airports.