Amakhosi let Matsatsantsa off the hook to draw level 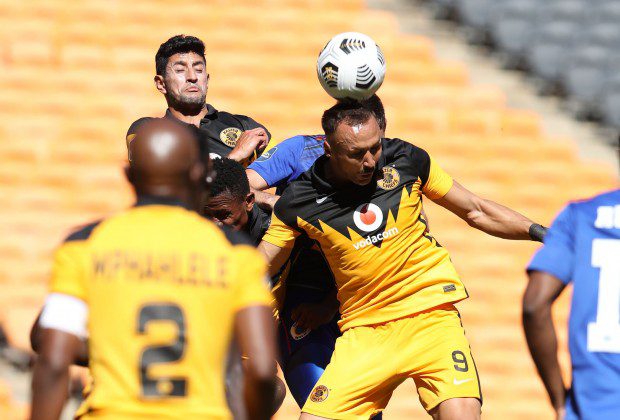 Johannesburg – Kaizer Chiefs’ winless streak in the league continued when they laboured to a 1-1 draw against a rather subdued SuperSport United at FNB Stadium on Saturday.

The last time Chiefs drew was when they held Baroka to the same scoreline at the end of January followed by a 2-1 loss to Orlando Pirates, then another 2-1 loss inflicted by AmaZulu on Wednesday.

This means Amakhosi have played their last four successive matches without a win, taking into consideration being booted out of the Nedbank Cup by lowly first division side Richards Bay United early this month.

Back to the the game, against SuperSport coach Gavin Hunt saw this charges formative 3-5-2 of packing the midfield bringing  some respectability to their play as they were more physical and had higher work-rate in closing spaces and keeping possession, compared to their tame Tshwane opponents.

For the first time Daniel Cardoso started from the bench and Ramahlwe Mphahlele wore the captain’s armband as Chiefs dominated the early exchanges, looking threatening with Leonardo Castro and invading keeper Ronwen Willliams on a number of occasions.

The offensive paid back when Reeve Frosler tested Williams, unpacking a powerful shot  from long range and was duly rewarded, putting the home side ahead before going to the break.

Matsatsantsa found it difficult to penetrate and go past the Chiefs defence, however it was a different scenario all together in the second half when the visitors fought back gaining in the upper hand of the second stanza proceedings.

SuperSport were awarded a penalty when Thamsanqa Gabuza was infringed inside the box when he shirt was pulled during a battle for the ball.

Referee Victor Hlungwani pointed to the penalty spot and SuperSport’s leading scorer Bradley Grobler, with 13 goals so far, converted the spot kick to level matters for the two sides to share the spoils.

Nedbank Cup round of Last 16