Hands off our dribbling wizards 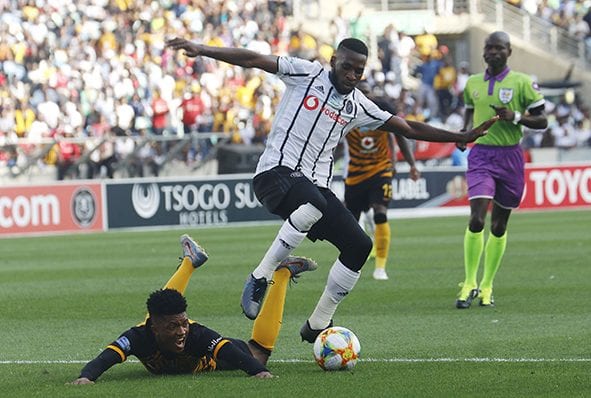 The debate around the merits or demerits of so-called showboating continues to dominate the South African football media space, both print and electronic and unnecessarily so.
It’s been three weeks now since Orlando Pirates midfielder Fortune Makaringe committed what many regard as a cardinal sin when he performed some magic with the ball during their 1-0 defeat of Mamelodi Sundowns, to the chagrin of Downs coach Pitso Mosimane.
Thereaft­er Mosimane mockingly mimicked Makaringe on the touchline before throwing his hands up in the air in frustration. Many perceived his antics and his a­ftermatch comments of lambasting Makaringe as just another case of sour grapes by a coach frustrated with his team’s imminent loss, venting his anger on Bucs player.
It must be made clear that showboating has been a part of Mzansi football from time immemorial. But the act must be constructive rather than destructive.
It must be executed with a purpose of creating spaces by confusing the opposition players. It, however, becomes a futile exercise if the “showboating” player get dispossessed to the detriment of their team conceding a goal or foul.
I am a proponent of showboating, as long as it yields positive outcomes for the player and the team. Dribbling wizardry, which has since been denigrated to the negative connotation of “showboating”, has seen many players of yesteryear carving their names in the annals of South African football as stars of their era – particularly in the 70s and 80s.
Legendary players such as Matsilele “Jomo” Sono, who coined the phrase, “show me your number”, the late Patrick “Ace” Ntsoelengoe, Ephraim “Shakes” Mashaba, Mlungisi “Professor” Ngubane and Nelson “Teenage” Dladla are some of the names that come to mind when reminiscing about the great dribbling wizards of the past.
Sono used to stand on the ball to the amusement of a packed Orlando Stadium. So did Mashaba, Ngubane and Dladla as they did their shibobos and tsamayas with the purpose of putting fear in the opposition defenders.
The purpose was not to “showboat” but play with the aim of giving your team a scoring advantage.
In the 90s we had Jabu “Shuffle” Mahlangu leaving defenders crawling in his wake when he was in possession of the ball. The opposition defenders would be shaking in their boots as “Shuffle” would dish out shibobos and tsamayas on his way to creating or scoring goals.
My take is showboating, or rather dribbling wizardry is part of our football culture, however, it should be meaningful, it should be purposeful – leading to the creation of goals for the executors of this form of our football entertainment.
By Xolile Mtshazo

Illicit trade of alcohol bigger than ever