Motlanthe: we can beat Atlas Lions

Safa CEO Tebogo Motlanthe said that judging by the way Bafana Bafana fought against Morocco, he believes that they can defeat the “Atlas Lions” in their return match in South Africa.

Motlanthe spoke to Sunday World at the OR Tambo International Airport after the team touched down from the Africa Cup of Nations (Afcon) qualifier in north Africa but no interviews were arranged with Bafana coach Hugo Broos and the players.

Bafana were beaten 2-1 by the more fancied Moroccan superstars. Despite the loss, the young Bafana were brave and could have caused an upset if they did not lose composure and concentration in the later stages of the game.

“I have spoken to the coach and said to him that we must remain focused and beat Liberia home and away in September and that’s where our qualification lies.

“Of course it also shows that we can beat Morocco when they come to South Africa because we really surprised them when everyone thought that Morocco were going to walk all over our team.

“The boys fought but it was not to be,” said Motlanthe.

“The boys held their own, given that there were players making their debut. We could see the boys played well and the coach knows that we must finish the job against Liberia and he is confident that we can still qualify for next year’s tournament.

“The future looks bright. We have seen how Lyle Foster performed, we saw Sphephelo ‘Yaya’ Sithole and everyone knows that all Morocco players are playing in Europe and we have 85% local players.

“Sithole has waited patiently for his time and he grabbed it with both hands, and as the association we have confidence in the coach. He has motivated the players and we have seen how fearless the new Bafana is,” said Motlanthe. 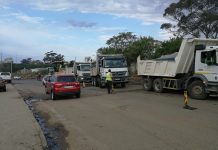