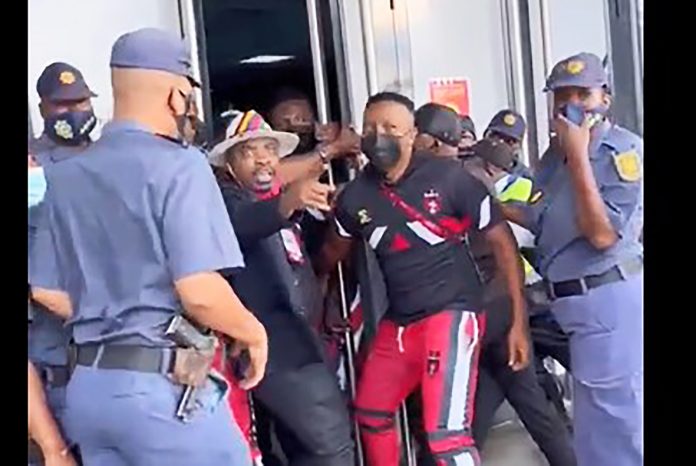 Orlando Pirates are taking the fight to the Premier Soccer League (PSL) after its disciplinary committee (DC) found them guilty of bringing the league, the game, the South African Football Federation (Safa), the Confederation of African Football (CAF), Fifa and sponsors into disrepute.

The verdict came after the team was charged over an incident in December during a match between Bucs and TS Galaxy when security guards at Orlando Stadium manhandled and prevented TS Galaxy owner Tim Sukazi from entering the changerooms at the stadium.

The Buccaneers are appealing the outcome of the PSL DC at the Safa appeals committee.

The DC ruled against the club for denying Sukazi access to the field and the changerooms at the stadium despite TS Galaxy having all-access accreditation.

A video of the incident went viral on social media, leaving Sukazi fuming and seeking justice for the embarrassing incident.

In a letter written to the Safa appeals committee by Pirates’ legal team on Friday, and which Sunday World has seen, the Buccaneers say they will file their grounds or reasons for the appeal within seven days.

Bucs say in the letter that they will request that the appeal be upheld and that the ruling by the DC that Pirates are guilty be set aside.

In the letter, Pirates argue that an all-access card does not give automatic entry to any parts of the stadium as it would depend on the events and circumstances at the given point in time.

“In particular, for the match in question, so Orlando Pirates FC submits, it was at the height of Omicron variant where the country was in the fourth wave of Covid-19.”

Pirates were fined R100 000, which was suspended for 12 months on condition that they are not found guilty of the same offence during this period, PSL prosecutor Zola Majavu said in a media statement.

“They were also ordered to pay the costs of the DC hearings, which cost for approximately four sittings would be computed by the league and sent to
Orlando Pirates for payment,” Majavu said.

“Thirdly, they were further directed to send a written apology to the league. In that apology they need to recognise that they had brought the league, the game, Safa, CAF, Fifa and the sponsors into disrepute in the manner in which their officials manhandled Sukazi.”