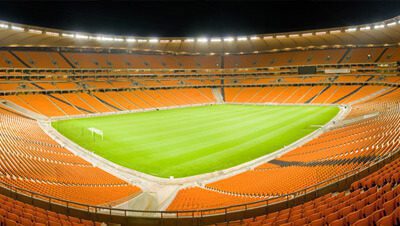 Communicating in these uncertain times becomes pivotal, as the government is doing

The Premier Soccer League (PSL) has often been touted as being the benchmark for professional football on the continent, taking into consideration how the game is run, the sponsorship and healthy bank balance as revealed during the current season’s annual report.

The league, known as the Absa Premiership, is regarded as a model competition for the rest of the continent to follow and there has been talk of an ever-growing fan base because the PSL clubs have players from more than 30 countries, including Europe, campaigning in the local league.

Despite all these assertions indications are that all is not hunky dory in the Parktown, Joburg-based outfit, judging by the cancellation of its first virtual meeting with the SA Football Association (Safa) that was to be held on March 21 to map the way forward in the wake of the postponement of the league due to the novel Covid-19.

Deciding to go it alone without the mother body Safa, a virtual meeting of the PSL executive committee was convened on Thursday.

It started at 11am, we were told by the league spokesperson Luxolo September, and would last the full day.

At 6.30pm on Thursday, the media was informed through the WhatsApp group that the meeting was “adjourned for now”.

The silence has raised eyebrows as it was so unorthodox for the PSL not to at least issue a statement on whether there was a stalemate or concrete decisions on the future of the league could not be taken on Thursday on the grounds of whatever reasons.

Not only that, the PSL is yet to make an official announcement about what do they make of their clubs clubs owing players salaries for months, with others slashing the salaries by close to half the players’ earnings.

The National First Division clubs are doing as they please, with club chairmen running the clubs like spaza shops or from the boot of their cars because historically they have been treated as black sheep.

The shabby treatment over the years has led to an assortment of problems bedeviling the lower division league.

The coronavirus pandemic does not mean the end of the world as far as the dissemination of information is concerned.

In fact, communicating in these uncertain times becomes pivotal, as the government is doing. The PSL could take a leaf from the Cyril Ramaphosa administration’s book. The silence is quite contrary to the fanfare that always surrounds the kick-off of the league season, or the announcement of a new sponsorship deal with the likes of MultiChoice, Absa, MTN, Telkom, or Nedbank.

Now, the PSL, who have always prided themselves on doing things more professionally, seem to be caught in the same whirlwind of the powers that be in football on the rest of the continent.

Under these circumstances, it is rather disingenuous for the PSL to claim to be the benchmark for professional football on the continent.

Mamelodi Sundowns has been hit by a spate of injuries on a number of key players ahead of their needle Nedbank Cup semifinal match...
Read more