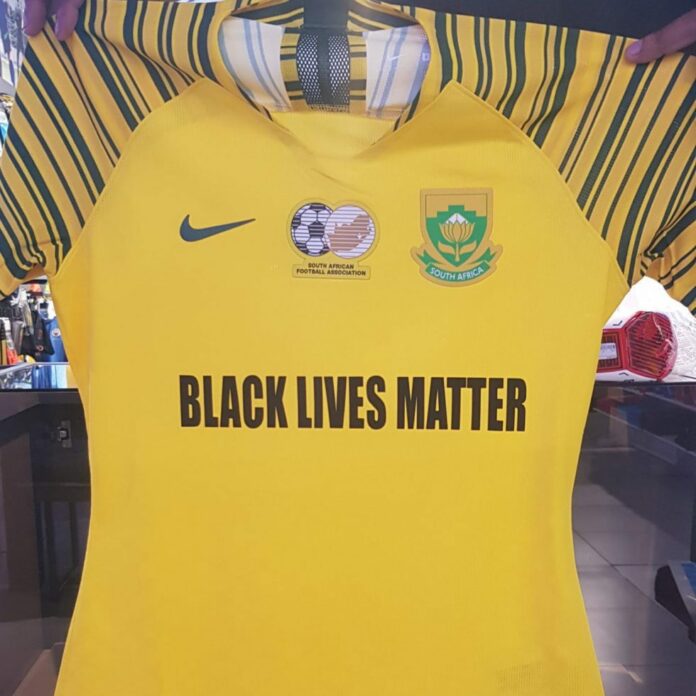 The President of the South African Football Association (Safa) Danny Jordaan has pledged solidarity with the athletes who are revealing their painful experiences as victims of systemic discrimination in their sporting codes.

“The association fully supports the Black Lives Matter movement and hereby calls on more athletes and administrators to speak out and engage in meaningful conversations about how we can uproot all manifestations of discrimination in sport and society generally”, Safa said in a statement.

“For far too long, the conversation has tended to be divisive, with some individuals and groups equating the calls for transformation in sport with political interference.

Reads the statement: “This is nothing but an excuse to perpetuate white privilege and entrench the systematic exclusion of others simply on the basis of their skin colour. The heartfelt revelations by Makhaya Ntini, Siya Kolisi, Lungi Ngidi and many other elite, world beating athletes have exposed a reality that no black player, whatever their merit, is safe from the culture of discrimination.

“This is not the time for bickering about transformation. It is a time to listen attentively to those who are speaking out, show empathy and commit to remove the vestiges of apartheid in all its forms. We cannot continue to claim undying love for Nelson Mandela when we fail to heed his calls for sport to be a unifier and a catalyst for the end of racism.

“We are proud that football in South Africa has a proud historic record of racial inclusion. But we remain concerned that in some private and former Model C schools, aspirant footballers, black and white, are discouraged from participating in their beloved sporting code.

“They are instead told to choose sporting codes that are part of the tradition of the said schools. This conduct needs to cease at once because it not only limits the pool of players available for the the development continuum, but also entrenches a stereotype that some sporting codes are reserved for certain racial groups.

“As we celebrate the dramatic increase in the number of Banyana Banyana players who are set to play in foreign leagues, we call on them to stay focussed, remain resilient and report any taunts by some racist supporters in the countries where they will ply their trade.

“IN the coming days we will be sharing images and messages of our Black Lives Matter solidarity campaign on various platforms. Look out for them and join the conversation.”

Mamelodi Sundowns has been hit by a spate of injuries on a number of key players ahead of their needle Nedbank Cup semifinal match...
Read more