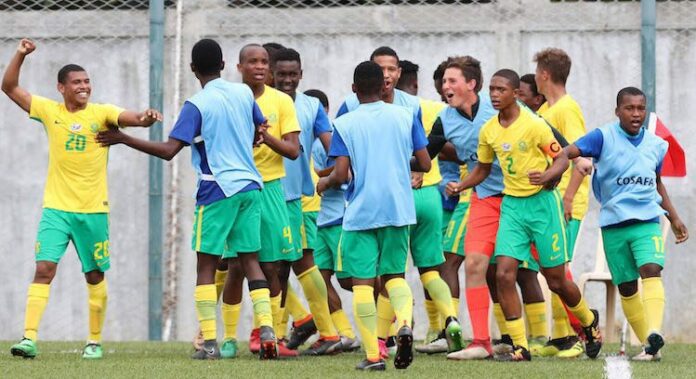 Amajimbos coach Vela Khumalo has announced his 20-man squad set to compete in the 2020 Under-17 Cosafa Cup Men’s Championship in Port Elizabeth starting on Thursday, November 19 to 29 November.

Amajimbos open their zonal qualifiers against Eswatini on Thursday.

There is a lot at stake as the tournament will serve as a zonal qualifier for the 2021 CAF Under-17 Cup of Nations that will be hosted in Morocco in July 2021.

South Africa will enter into this tournament as the only nation to have participated in every edition of the U17 COSAFA Men’s tournament and will be hoping to lift the title for the third time to end a long-standing drought having last won it in 2002.

Speaking ahead of their first game Khumalo acknowledged that it has taken a lot of hard work to get the players ready for the tournament after months of suspended sporting activities due to the coronavirus outbreak.

“As you know we just recently opened amateur football and the level one regulations are still there and a lot of arrangements had to be made. When you analyse the players you can tell that it has been a long layoff”. Said Khumalo.

“We want to start well so we can finish in a good position,”’ he concluded.

Amajimbos will open their zonal qualifiers against Eswatini on Thursday.