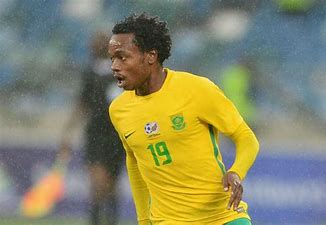 There are no minnows at any level of football and the sooner Bafana Bafana learn that they should not underestimate any team, more so lowly-ranked Sao Tome and Principe, the better.

Bafana had to toil hard and sweat as they made heavy weather of their Cameroon African Cup of Nations qualifier against the small West African coast island side, however in the end secured a hard-fought 2-0 victory at the Moses Mabhida Stadium in Durbam on Friday night.

A powerful penalty kick by Percy Tau, coupled with a splendid header from Bongani Zungu, whose return to the national team made a difference, was enough to give South Africa the edge they need to challenge top of the mini Group C log leaders Ghana, as both  powerhouses challenge for the two spots to the finals.

Bafana lost 2-0 to Ghana and still they have to play the return leg, while the Black Stars meet Sudan this weekend.

SA beat Sudan 1-0 last year and Bafana play the return leg against  Sao Tome and Principe on Monday at the Nelson Mandela Bay Stadium in Port Elizabeth at 3pm.

In their starting line-up, the visitors had five players plying their trade outside their country, some play in Portugal, Argentina, France and Spain, which mean they are not push-overs.

Bafana were often caught on the counter attack in this match, with the defence marshaled by captain Thulani Hlatshwayo, at times found scrambling to cover lost ground while facing their own goals.

In the initial stages of the first half Bafana did not look like the side in need of the six points at stake in the back-to-back qualifying matches, but did look much better with the introduction of Zungu for Kamohelo Mokotjo in the 65th minute.

Tau as usual, played his heart out but was a marked man. He was unlucky not to have scored during open play as teammates Keagan Dolly and Lebohang Manyama, also had their fair share of disappointing moments when they squandered a number of opportune scoring chances.

Substitute Sao Tome keeper Nelson Tatty got his baptism of fire minutes after taking the place of the injured Adriano Gambao when Tau was fouled inside the box and referee Thulani Sibandze from Eswatini pointed to the spot for the Belgium-based Tau to convert  nine minutes into the second stanza.

Department of Health moves to quell COVID-19 resurgence in EC