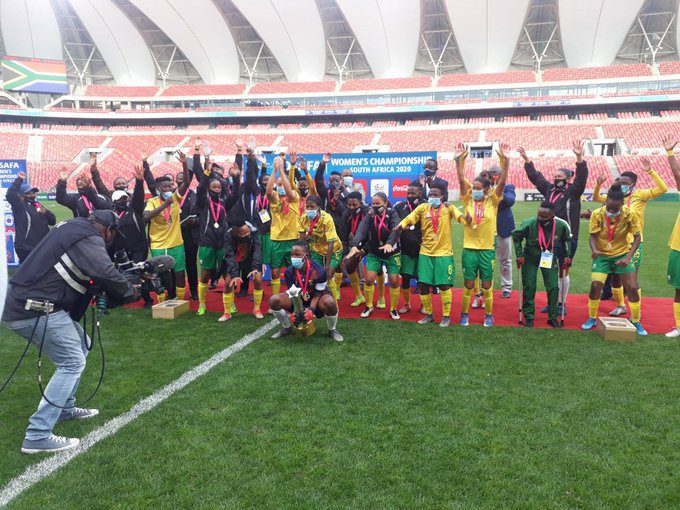 Banyana Banyana are the southern Africa champions after disposing off a stubborn Botswana 2-1 to win their fourth consecutive Cosafa Women’s Championship crown at the Nelson Mandela Bay Stadium in Port Elizabeth on Saturday.

The victory marked Banyana clinching the title for a record seven times.

Goals from Sibulele Holweni and Gabriela Salgado ensured the win while the Batswana replied with a consolation goal by Refilwe Tholekele towards the end of the match.

It was Botswana’s first appearance in the final.

Banyana striker Hildah Magaia was named Player of the Tournament and teammate Sibulele Holweni won the Golden Boot after finding the back of the net eight times.