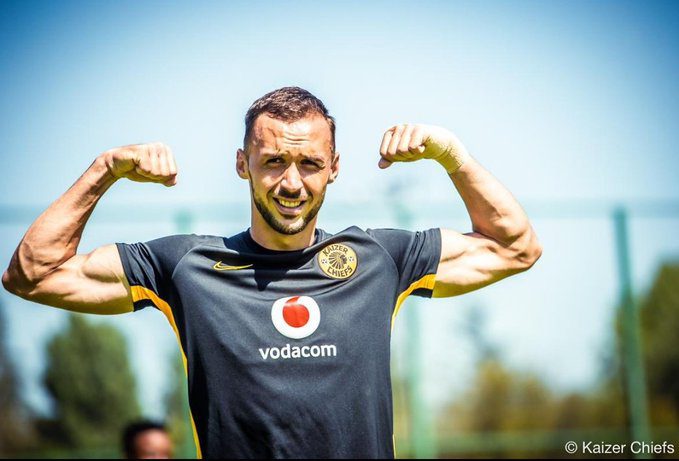 After being bitterly disappointed for letting the PSL title slip through their fingers, Kaizer Chiefs has made clear, warning poachers their top striker Samir Nurkovic is going nowhere.

Serbian forward Nurkovic, affectionally known as Kokata Piano among the masses of Amakhosi supporters, was one of the players who cried when Mamelodi Sundowns came from behind to snatch and lift the Premiership trophy under their noses last month.

The past season saw Chiefs end another campaign, their fifth, and most importantly the club’s 50th anniversary celebrations without winning a trophy, as defending champions Sundowns emerged victorious with the treble and ‘La Decima’ 10th title under departed coach Pitso Mosimane.

But now the very Mosimane has been accused of allegedly poaching Nurkovic among many other players in the PSL, including those at Downs, since joining Egypian Club of the Century Al Ahly last week.

In a Twitter announcement, Chiefs reiterated that Nurkovic was not up for sale:

– no club has approached us to negotiate for his services.

– we can’t let go of our top striker at this stage.

– we are not flexible in the market while waiting for CAS outcome. #Amakhosi4Life