It took sweat to get Banyana to flourish – Fran Hilton-Smith 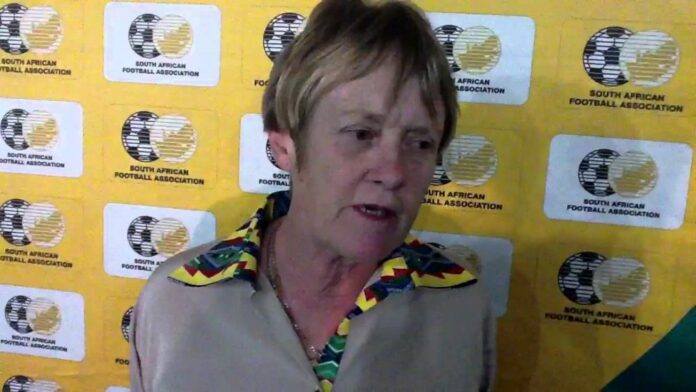 Though she “was retired” from the game a little over a year ago, Fran Hilton-Smith cannot help but feel a sense of pride at having helped set the ball rolling on the current boom South African women football is enjoying.

Just this past week, no less than five of the country’s female players secured contracts with overseas clubs. While she probably feels the most joy at Janine van Wyk signing for Glasgow City given the direct role she had in the Banyana Banyana veteran’s development, Hilton-Smith is equally pleased that all of Jermaine Seoposenwe (Sporting Braga, Portugal), Amanda Mthanda (Club Deportivo Badajoz, Spain), Nothando Vilakazi (Escuelas de Fútbol de LogroñoEDF Logrono – Spain) and Kelso Peskin (Stade Brestois – France) have secured European contracts.

“What’s happening for our girls is great news, a result of the strong foundation we all laid back when we were first readmitted to international football. To see so many of them being snapped up by overseas clubs says to me our efforts have not gone in vain. And having so many of them playing their club football in different countries at the highest level bodes well for our national teams,” says HiltonSmith.

Hilton-Smith served the country’s women’s football with great distinction, fulfilling just about every role thinkable until about 16 months ago when “Safa forced me into retirement”. And that the likes of Van Wyk are now able to ply their trades in foreign lands is thanks in part to Hilton-Smith not giving up the fight to see to it that women’s football is taken seriously by Safa. “It took a lot of sweat, years and blood to get the association to allow Banyana to flourish. We fought a lot of tough battles to get women’s football taken seriously.

“And now that we finally have a semblance of a professional league, it is pleasing to see our girls making the grade overseas in the big way that they are. “With all these new contracts that have been reported in recent days, my hope is that the girls are all able to travel to their new clubs and get to play in spite of the tough situation the world is currently in due to the COVID-19 pandemic.”

From her experiences of the World Cups, Hilton-Smith always told the young South African players about what awaited them out there if they remained focused and worked hard. She shared whatever she learnt from there with those in her care.

Mamelodi Sundowns has been hit by a spate of injuries on a number of key players ahead of their needle Nedbank Cup semifinal match...
Read more
News

The Premier Soccer League (PSL) has clarified the contentious issue of the substitutions during matches after Fifa changed the rules in May in the...
Read more