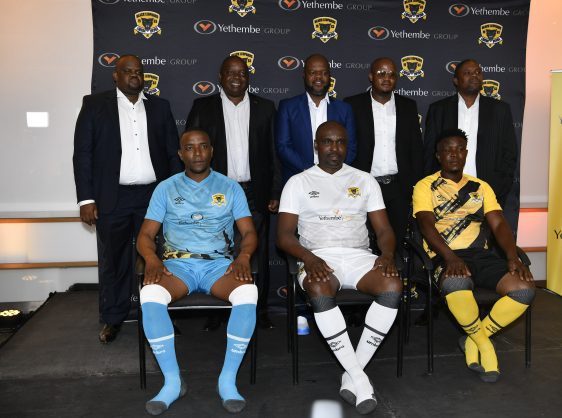 Black Leopards have announced a new sponsorship partner and confirmed the signing of 11 players for the 2020/21 PSL season.

After struggling without financial backers for seven years, Lidoda Duvha unveiled mining and logistics company Yethembe Group as their sponsors for the next three seasons, as well as a new home and away kit.

Leopards have also enlisted the services of Patrick Aussems, the former coach Congo-Brazzaville-based AS Leopards and ex-mentor of Tanzania’s Simba SC, as their head coach after finishing 15th in their Premiership campaign last season.

Aussems led Simba to the quarterfinals of the 2018/19 CAF Champions League.

Leopards had to fight off relegation by playing in the GladAfrica Championship promotion/relegation play-offs where they survived being shipped off to the second tier national first division.