Makola not off the hook for fighting ref 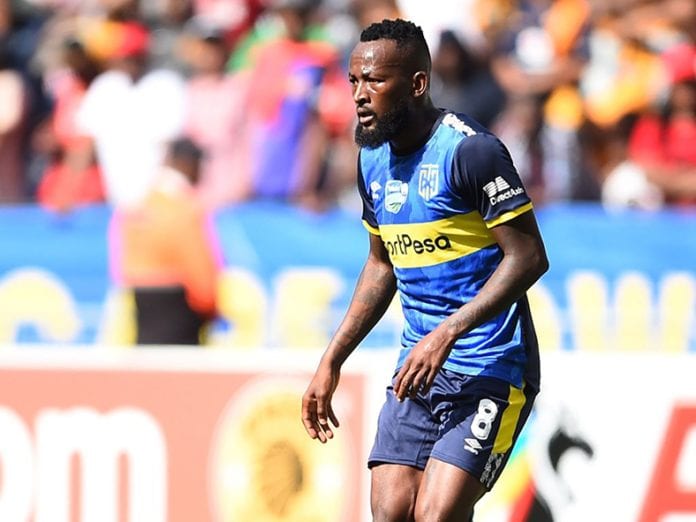 Cape Town City midfielder Mpho Makola is in hot water for shoving and arguing with referee Abongile Tom during the Telkom Knockout last-16 round match they lost 4-2 on penalties to Kaizer Chiefs at Cape Town Stadium last week.

The former Orlando Pirates strongman charged at and manhandled Tom after the match official awarded Chiefs a penalty that striker Leonardo Castro failed to convert.

In a move that left many surprised, Tom only cautioned Makola, allowing him to continue playing but now it seems both the South African Football Association (Safa) and the Premier Soccer League (PSL) are viewing the player’s behaviour on the field of play in a serious light.

Safa chairperson of referees Ari Soldatos told Sunday World that the player was not off the hook as both the Safa referee’s review committee and the PSL were investigating the incident.

“The NSL [PSL] is conducting its own investigation in terms of its constitution. I spoke to Abongile Tom and he told me that in retrospect he should have given the player a red card for the aggravated conduct,” said Soldatos.

“He says … after viewing the video footage, he should have sent the player off the field.” Tom’s awarding of a yellow card to Makola, instead of a red card, has resulted in both the PSL and Safa springing into action, with the player facing the possibility of stiff punishment.

Safa’s involvement comes because all refereeing matters fall under their jurisdiction with their referee’s review committee, chaired by former referee Simon Ngutshane at the helm.

If both or one of the football controlling bodies have a case against Makola and the charges stick, the midfielder could be hauled before the disciplinary committee and charged with aggravated misconduct and/or violent play, while Tom could also come under fire from the referee’s review committee for dereliction of duty.