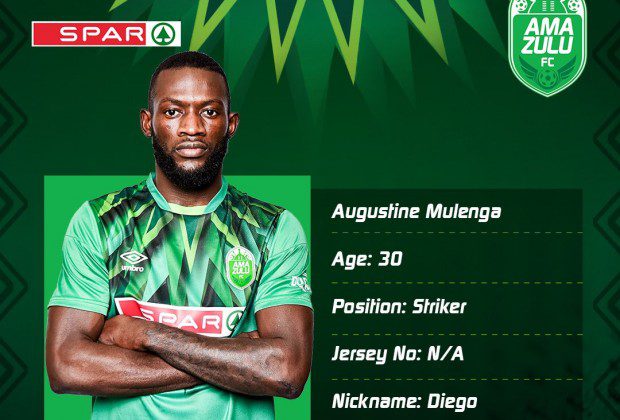 He was one of the 22 players named as having been signed up by Tshakhuma Tsha Madzivhandila (TTM) last week but it was not be, because former Orlando Pirates striker Augustine Mulenga was headed to Durban as he had no agreement with the PSL newcomers.

These are just some of the comedy of errors to hit the Limpopo-based TTM after they only had three players on the bench for their crucial season opening MTN8 quarterfinals match against SuperSport United, a tie they lost 3-2.

Usuthu said in a statement their “ambition was to occupy the top end of the DStv Premiership” by bolstering the squad for the new season.

“It’s about winning games and delivering consistent performances,” said Mulenga, who could be facing his former club Bucs in Usuthu’s league opener.

Experienced Tshabalala and  Memela said they were bringing their experience to help the team carry the mandate set by the new club president Sandile Zungu after the businessman bought the club from former chairman Patrick Sokhela.

Sokhela entered into an agreement with Zungu’s Zungu Investment Company (Zico) with the new owner of the PSL outfit acquiring 100% ownership of the club.

“It’s so thrilling to be part of this revolution. We believe our experience will help in achieving the new goals of the club,” said Memela.

“We intend to be warriors and fight for the brand. Every game will be a battle,” said Tshabalala.

“We have wasted no time in ensuring that our new players fit into the squad. We have big ambitions this season and it’s important that we have enough depth across all the positions and have a squad that can compete,” said coach Ayanda Dlamini.

“The arrival of these players to Usuthu demonstrates our intent to compete and elevate this brand to where it is supposed to be. I’ve maintained that AmaZulu is a top four club. However, it is not just about saying it, it is also about taking the necessary steps in ensuring that this vision is realized,” said Zungu.

AmaZulu kick-off the season at home against Orlando Pirates at Kings Park Stadium on Saturday at 8pm.