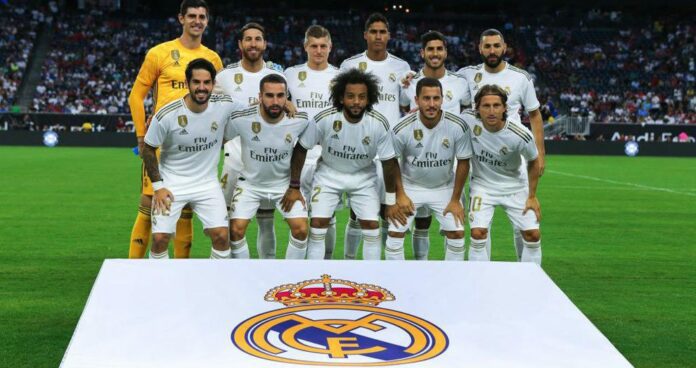 The Madrid based team clinched its 34th Spanish title after a brace from Karim Benzema saw off Villareal in a 2-1 victory on Thursday night.

Real Madrid have 86 points after 37 games, seven more than their bitter rivals and ousted champions Barcelona who were beaten 2-1 at home to Osasuna.

The night was sweet for Zidane who quit Real Madrid in May 2018, after leading the club to a third consecutive Champions League. He was later brought back after a disastrous spell under Julen Lopetegui and Santiago Solari.

The Los Blancos, as the team is affectionately known by its millions of fans spent heavily this season strengthening the senior squad, most notably with the addition of Eden Hazard, from Chelsea.

Real Madrid next chance to add to its silverware is the UEFA Champions League where they face a tough assignment of overturning a first round home 2-1 loss to Manchester City. The much anticipated last-16 second leg will be played at Manchester City’s Etihad Stadium next month.

Real Madrid have 10 Champions League tittles to its name, more than any other team in Europe.

The Champions League quarter-finals, semi-finals and final will all be held in Lisbon, Portugal from 12 to 23 August.