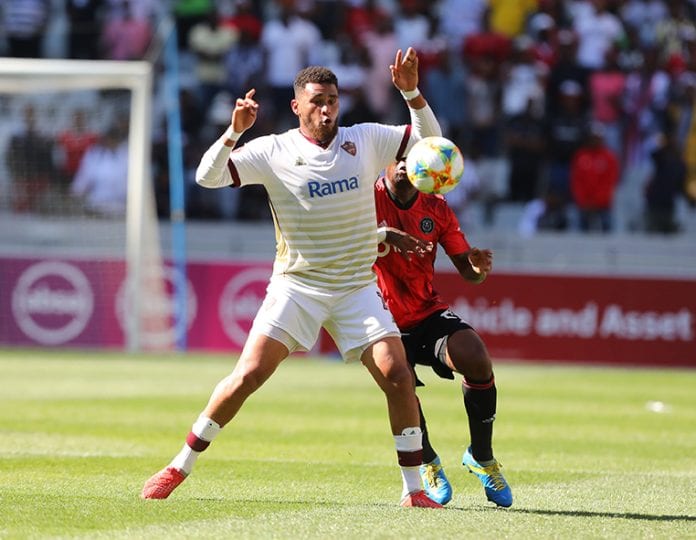 Orlando Pirates’ mediocre league campaign worsened after suffering a 1-0 defeat at the hands of newbies Stellenbosch in their Absa Premiership match at Cape Town Stadium yesterday.

With the number of scoring chances Bucs missed in the second half, the visitors did not look like they were prepared to at least take home a point for a draw.

Except for suspended captain Happy Jele, Pirates kept the same starting line-up that outwitted the same Stellenbosch 1-0
in the first round of the Telkom Knockout at Orlando Stadium last week.

Following Jele picking up his fourth yellow card in the TKO clash, Alfred Ndengane replaced the Bucs skipper in the rearguard and partnered Ntsikelelo Nyauza in this league game.

On the other hand, the hosts made a number of alternations from last weekend’s cup tie against the Sea Robbers. Despite putting in a man of the match shift in the TKO tie, goalkeeper Lee Langeveldt dropped to the bench for Dutchman Boy de Jong, this was the most discernible change in the Stellies XI.

Pirates controlled proceedings in the first half, thanks to the solid combination of Linda Mntambo and Fortune Makaringe in the middle of the park.

The Bucs pair got the better of their Stellies midfield counterparts of Nkanyiso Zungu and Tshireletso Motsogi, winning most of the match ups and second balls.

Notwithstanding the visitors’ supremacy, it was Stellenbosch who broke the deadlock through the 23-year-old striker Iqraam Rayners in the 21st minute.

Rayners, who netted 19 times to win the Golden Boot and help the Cape side to gain promotion last season, capitalised from an awful back pass from Ndengane to his goalkeeper Wayne Sandilands.