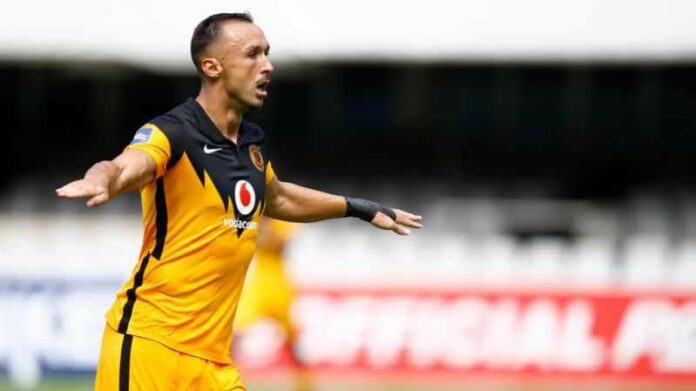 Johannesburg – It seems the bouncing back of striker Samir Nurkovic could signal Kaizer Chiefs’ return to winning ways after they narrowly edged AmaZulu 1-0 in a DStv Premiership match at Kings Park in Durban on Wednesday.

The same Nurkovic, who returned after a long injury lay-off that plagued him before the start of the current season, played his first match after coming on a substitute during Amakhosi’s 2-0 loss to Maritzburg United last Saturday, scored the winner in the 11th minute.

The victory provides his team some respite and breathing space and something to ponder on for coach Gavin Hunt going into Saturday’s match against Cape Town City on Saturday.

The victory is Chiefs second this season after 10 matches as the Glamour Boys moved from third place at the bottom of the log to 10th position after four draws and four losses.

AmaZulu are just above Chiefs in ninth place with the same league log record.

While it will be back to the drawing board for coach Hunt leading to the weekend matches, his newly-appointed AmaZulu counterpart  Benni McCarthy, suffered his first loss following a win, a draw and a loss in the three match in charge.

With the encounter three minutes old, AmaZulu defender Thembela Sikhakhane must thank his gods he was not sent off but was cautioned with a yellow card for trampling on Happy Mashiane.

While Chiefs will be away in the Cape, Usuthu host Maritzburg United on Sunday.

Bucs’ Deon Hotto, Gabandinho Mhango and Fortune Makaringe got onto the scoresheet.

Grobler’s attacking partner Thamsanqa Gabuza gave Matsatsantsa an early lead however Sewelele drew level through Victor Letsoalo’s strike but it was Grobler who had the last say.