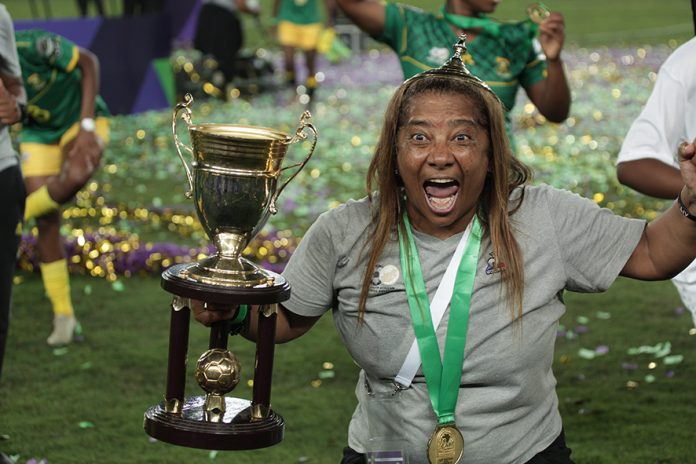 Banyana Banyana, a financial burden to Safa about a decade ago, have turned into a major cash cow for the association in a matter of a few years.

Next year, the women’s national team will have pumped R20-million into Safa’s coffers.

It could even be more substantial if Fifa goes ahead with its plans to increase the prize money for the 2023 Fifa Women’s World Cup, which Banyana have already qualified for.

The girls have just pumped R8.4-million into Safa’s coffers – after winning the Women’s Africa Cup of Nations (Wafcon) last week, when they defeated host nation Morocco 2-1 in the final.

When they reached the Wafcon semifinal, the girls automatically qualified for the 2023 Fifa Women’s World Cup that will be co-hosted by New Zealand and Australia. Safa is already guaranteed $750 000 (R12-million) as a participation fee.

The further they advance in the tournament, which is highly unlikely, to be realistic, the bigger the earnings will become. Winners of the Women’s World Cup get a whopping $4-million (R64-million).

There was a major uproar and confusion this past week when the public and social media accused the national association of not giving the entire winnings of Wafcon to Banyana, but Safa president Danny Jordaan was steadfast in defending the organisation.

“We gave an undertaking that the 23 players will each receive R400 000 if they won the tournament. Nothing has changed, and in fact it will be more when you add what Minister of Sport Nathi Mthethwa has contributed,” said Jordaan.

“Safa, as the national federation, gets the money and decides how to use it.

“When Mamelodi Sundowns play in the CAF Champions League the money goes into the club and then the club does what they have undertaken to do.

“People are just creating sensationalism and creating confusion, and we will pay the girls as per our agreement with them before they left for Morocco.”

The 2019 prize money for the Women’s World Cup was $30-million, and according to ABC.net in Australia, the prize money at next year’s edition could be tripled to $100-million as Fifa enters the final year of preparations before the tournament kicks off in July.

Fifa secretary-general Fatma Samoura was quoted saying that discussions are ongoing about further boosting the prize pot to $100-million.

The 2023 Fifa Women’s World Cup is set to be the first women’s tournament “unbundled” from its male counterpart in terms of media and sponsorship rights, according to ABC.net.