Johannesburg – The aggrieved family of AKA’s late fiancée Anele Tembe has allegedly hired a private investigator to probe the young woman’s mysterious death as tensions between the rapper and the Tembe family grows to new levels.

Anele, who is also known as Nelli, died on April 11, after she allegedly jumped off the balcony of the Pepperclub hotel in Cape Town where they were staying after the musician’s gig.

The popular rapper, who is said to have paid at least R300 000 lobolo for Anele, issued a statement last week, saying Tembe had committed suicide by jumping off the balcony.

Have you read: How the Zulu royal blood runs in the Tembe household

It has now emerged that Anele’s rich father Moses Tembe, who rubbished claims that his daughter committed suicide, has allegedly hired a sleuth to probe the circumstances surrounding his daughter’s untimely death.

Have you read: Watch: Inside AKA and Anele’s toxic relationship

Allegations that the family has hired a private investigator were revealed by a source close to the musician.

The source said the hiring of the private investigator has ruffled the artist’s feathers because he suspects the Tembe family was trying to find something to blame him for her death. As the looming standoff unfolds, Sunday World has also been told that AKA is now demanding that the family hand over the Rolex watch he bought for Anele as a gift.

The source also said tension between AKA and Anele’s family started when the Tembe family unceremoniously removed him at the 11th hour from the funeral programme.

He was supposed to deliver a eulogy for Anele.

Sensing that there was tension, AKA did not go to Anele’s parental house after the service but returned to his home in Joburg.

The source also said AKA was worried about the family’s disregard of his version of what transpired at the hotel before Anele’s death, insisting that she committed suicide.

Moses Tembe, in his speech read out by his friend and prominent businessman Sandile Zungu, rubbished rumours that Nelli was “chronically suicidal”.

“I cannot allow an unfortunate narrative to go unchallenged, a narrative that irks me to no end: that is ‘Anele was chronically suicidal’. All I can say is, until Anele turned 21, Anele would not consider taking her own life as the solution. Not a single member of her family, my family, would have associated her with suicide.

“As Anele’s father, I hereby categorically state that Anele was neither suicidal nor did she commit suicide,” he said, warning about the evils of drugs and alcohol.

The source said that AKA told them that they arrived at the hotel after his performance and a fight broke out between them. Though the musician did not reveal what triggered the fight, said the source, he sustained injuries to his hands during the scuffle.

“He then video-phoned Anele’s cousin and explained to her that Anele was fighting with him and even showed her the injuries sustained to his hands.”

The source alleged that AKA then handed his cellphone over to Anele to talk to her cousin who wanted to calm her down and he then went to the loo.

He said while talking to her cousin, Anele jumped off the balcony.

Her half-naked body was found by emergency personnel who declared her dead at the scene.

Sunday World has also learnt that Anele’s autopsy report, which details the nature of her injuries , has been finalised and sent to the police to conclude their investigations.

This paper last week reported on the toxic nature of the relationship, with drugs and alcohol abuse and jealousy said to be at the centre of the discontent.

In a disturbing video seen by Sunday World, AKA is breaking down a door while a terrified Tembe is heard pleading with him to calm down.

AKA’s spokesperson Phumza Nohashe said the rapper was questioned on three separate occasions by different police officers because they were trying to see if he would change his statement, but he didn’t.

Attempts to get comment from the Tembe family drew a blank. 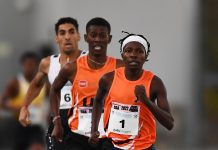 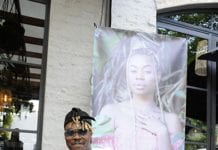 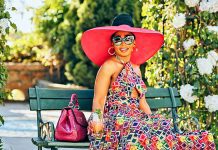