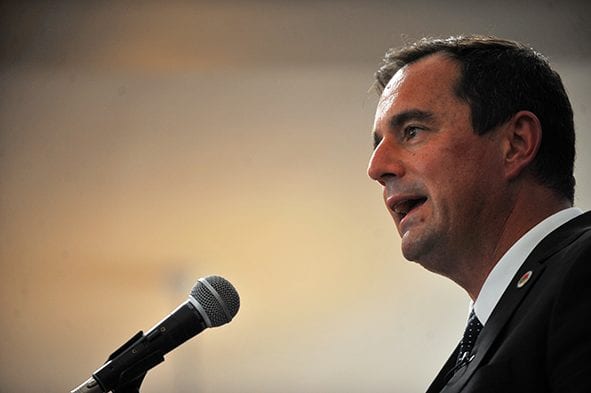 The DA has lost its bid to get direct access to the Constitutional Court to argue that the Disaster Management Act does not pass the constitutional muster.

The official opposition approached the country’s apex court last month, saying that the act needed to include accountability of the national coronavirus command council to Parliament.

But the ConCourt dismissed the urgent application.

“The Constitutional Court has considered this application for direct access. It has concluded that the application should be dismissed as it is not in the interest of justice to hear it at this stage,” reads the order.

DA leader John Steenhuisen said his party would approach the lower courts to challenge parts of the Disaster Management Act, arguing that it concentrated too much power to Cooperative Governance and Traditional Affairs Minister Nkosazana Dlamini-Zuma.

He said the organisation was not deterred by the judgement.

“It is our view that, in its current guise, the Disaster Management Act, under which a State of Disaster was declared in response to the COVID-19 pandemic, does not pass constitutional muster,” Steenhuisen said, reacting to the court decision.

“The reason for this is that it has no provision for parliamentary oversight, and this means that the legislative and executive functions of the state have effectively been merged. Government’s National Coronavirus Command Council (NCCC) now fulfils both these roles,” he added.