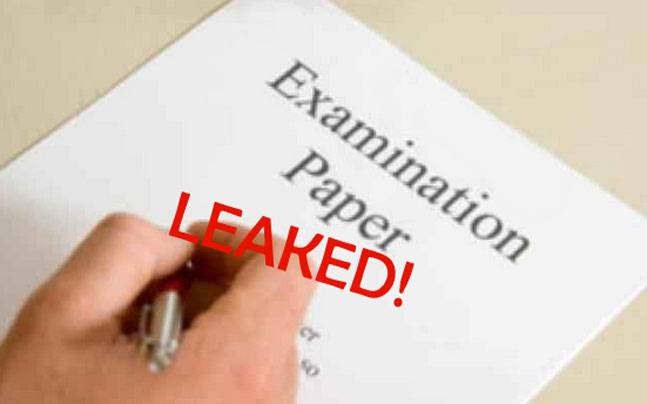 Johannesburg – The Hawks have arrested a 31-year-old man in connection to the leaked Mathematics Paper 2 exam.

Initial reports suggest that some learners had access to the paper, which was leaked last month, hours before the candidates were due to sit for the examination.

According to the Hawks’ spokesperson, Colonel Katlego Mogale, Shikwambana works for a Johannesburg-based company contracted by the Department of Basic Education (DBE) to print this year’s Grade 12 examination papers.

The accused has since appeared before the Johannesburg Magistrate’s Court and is out on bail of R1 000. The matter was remanded to 23 January 2021.

According to Mogale, the investigation into the leakage of other papers is continuing.

Meanwhile, the Council of Education Ministers (CEM) held a special meeting today to receive the preliminary report into the leaked paper in question.

According to the DBE, the CEM deliberated on the report and noted that the investigation is not yet complete, as more work still need to be concluded.

“The council agreed that the credibility, integrity and fairness of the examination cannot be compromised,” the department said, adding that the CEM acknowledged the complexity of the matter.

The council also appreciated the work done by the Hawks to help in the investigation.

“The report will be processed internally and Minister [Angie] Motshekga will host a media briefing later this week to make an announcement,” the department said.