This comes after the interim board had defied her instructions to fire the housing Agency’s Chief Financial Officer Brian Mosehla, and to appoint Steven Poya to take over HDA as Acting CEO, the position which was occupied by board chairperson Xayiya in an acting capacity.

The interim has instead recommended that the Minister allows Mosehla to serve the remainder of his contract which was set to expire end of June, despite her instruction that he must terminated with immediate effect.

The Minister’s decision also comes days after reports that accused her of interfering in the day to day affairs of housing agency by staff members of the HDA, who said that one of her advisers was interfering with appointment of service providers at the agency.

The employees, according to reports, had alleged that Xayiya and Mosehla were targeted by the Minister because they had tightened the entity internal governance to ensure that corruption was averted.

The employees had also questioned the Minister’s decision to appoint Poya as Acting CEO, claiming that the current Chief Operating Officer had pending criminal cases, and they had also questioned his appointment arguing that he was initially brought in as a volunteer and said they didn’t understand why he was now being offered such as lucrative and powerful position at the entity.

Sunday World has reported two weeks ago that Minister Sisulu was planning to dissolve the HDA’s interim board because she was not happy with the board’s implementation of her instructions.

View the letter below: 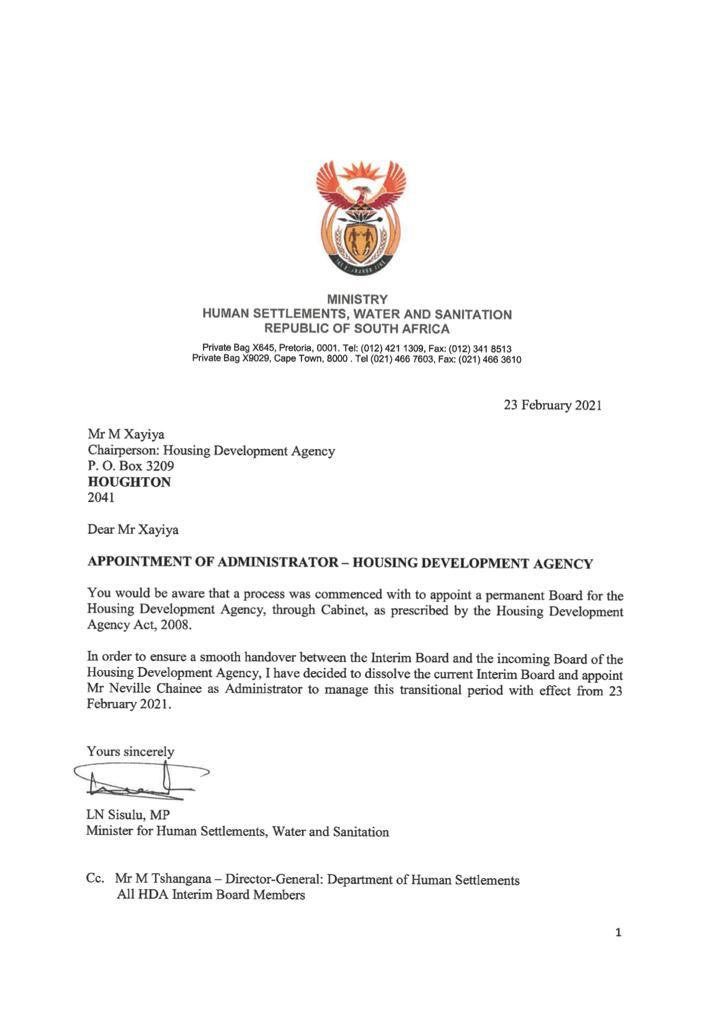