Tech integration is a prerequisite

Johannesburg – It is without doubt that the world has seen a paradigm shift towards the Fourth Industrial Revolution characterised by a confluence of cyber, physical and biological technology.

This shift is driven by a hybrid of elements including artificial intelligence (AI), robotics, genetic modification, and the internet of things, which refers to a confluence of technologies that use data to bring intelligence to machines.

AI in particular is deemed the main technology that makes use of big data and system programing to embed intelligence to machines, thereby making them behave in a near-human manner.

Success in AI is often achieved through model tuning, a trial-and-error process where hyperparameters run algorithms on gathered data, and then comparing its performance against predefined validation sets to determine which ones will result in more accurate models.

Model tuning allows organisations to customise their models to generate the most accurate outcomes, thereby providing valuable insights on gathered data, and as such making them better placed to make most effective business decisions.

Looking at WhatsApp data integration approach, it is clear that the Facebook family has embarked on a journey towards this direction and has since identified loopholes in existing data.

When WhatsApp initially unveiled its new terms of service, these were met with opposition and most users regarded them as invasion of privacy with a high prospects that their private data will be intercepted and inappropriately shared both within and outside the Facebook ecosystem.

This misperception caused a backlash among users, resulting in an exodus to rival messaging apps like Telegram and Signal.

In a move to circumvent the resultant damage, the messaging app guru embarked on a literacy and awareness drive to educate its users and the public on various benefits of the app, including the strength of its end-to-end encryption system.

Looking at current developments in the data and application management sector, it is a prerequisite that WhatsApp succeed in its integration approach.

The successful execution of this will empower them to simulate human cognitive abilities such as reasoning, language, and perception.

Enhancing the performance of business analytics solutions with a great improvement in the functioning of its platforms. 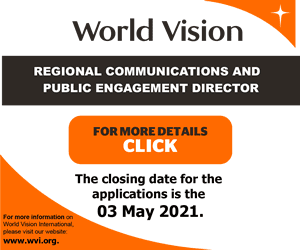