Tributes stream in for Jackson Mthembu 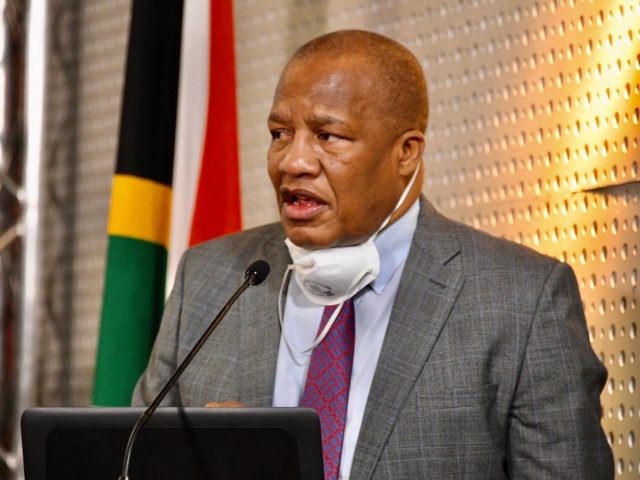 Johannesburg – North West Premier, Professor Job Mokgoro, has described the late Minister in the Presidency, Jackson Mthembu, as one of the most dedicated members of the governing party and hard working Ministers he has come to know.

Mokgoro expressed his heartfelt condolences to the family of Mthembu following his passing on Thursday due to COVID-19 related complications.

“We have received the news of the passing of Minister Mthembu with great shock. As we try to digest this painful reality, we will remember him as a dedicated member of the ruling party, whose work ethic has never been doubted in all the positions he occupied.

“He died with his boots on, at the forefront of the fight against the invisible enemy. It is not a surprise that he was deployed in the Presidency. We are very saddened by his passing,” Mokgoro said.

He said the country will dearly miss the enormous contribution Mthembu made in different aspects of the lives of South Africans.

“On behalf of the North West provincial government and its citizens, may the Mthembu family receive our deepest condolences and be comforted during this difficult time,” Mokgoro said.

The Premier urged citizens to continue to adhere to all lockdown regulations to curb the spread of the virus and save lives.

City of Cape Town Executive Mayor, Dan Plato, has also extended his condolences on the passing of Mthembu.

“We wish his family, loved ones, fellow ANC members, as well as the country, comfort during this period of loss and grief.”

“Mthembu was the driving force of the government’s communication response to COVID-19, a duty he carried out with integrity and high distinction,” SALGA said.

“Mthembu brought extensive leadership experience to this role in the midst of the global pandemic. He was a highly respected and valued member of Cabinet whose expertise and insights were invaluable,” SALGA said.

The association said his passing is an irreplaceable loss to the nation and his tireless work will be greatly missed.

“SALGA takes this moment to honour Minister Mthembu for the significant contributions he made through many years of dedicated service to government and by extension, the citizens of this beloved nation.

“SALGA’s deepest condolences and thoughts are with his family, friends and colleagues as we mourn with them.”