Expect drama as Living The Dream With Somizi starts streaming on Showmax, according to Somizi Mhlongo’s daughter Bahumi, who shared that season five of the popular TV reality show is more vocal about the family’s personal and relational trials.

“This season you can expect me to be more vocal about my beliefs and desires as it pertains to my parents. I am a lot more free to share the good and the bad about my life, but it’s all love though. That’s the resounding theme for the season, true love,” shared Bahumi.

Season five follows Somizi as he mourns the passing of his mother and expanding the Sompirre. It also brings to the fore the media personality’s journey in regards to his calling. His relationship with his daughter and his baby-mama, Palesa Madisakwane, who is still recovering from a near-fatal car crash in 2019, is also be explored.

The first episode starts with Somizi listening, for the first time, to a leaked audio of Mohale’s abuse allegations, followed by a video-call with Vusi Nova, where they discuss how Somizi feels and some of Mohale’s claims about Somizi’s sex life.

This sets the tone for an explosive episode, which also features Lockdown star Lorcia Cooper asking Somgaga directly: “Did you hit him [Mohale]?”

Season five also looks at Somgaga’s challenges, particularly in the past year, when he took a break from Idols SA, got suspended from Metro FM, and replaced his management team with himself.

“This season I’m living my life to the fullest and showing the silver lining in every dark cloud. I’ve become more comfortable sharing my life and story with everyone, it’s now second nature. It doesn’t feel like I have to do something, everything just happens naturally,” said Somizi.

Season five of Living the Dream With Somizi is streaming first on Showmax from today, with new episodes every Wednesday until July 6. 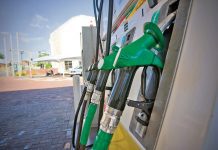 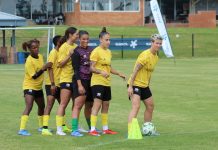 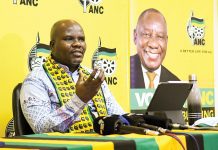