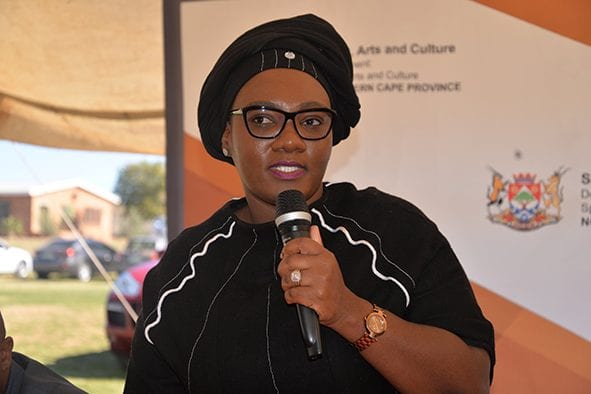 Parliament’s portfolio committee on basic education this week expressed its dissatisfaction at the state of infrastructure at a special needs school it visited in Limpopo.
The committee visited Grace and Hope Special School in Seshego township, outside Polokwane.
Committee chairwoman Bongiwe Mbinqo-Gigaba said the committee found that the living conditions in the hostels were not up to scratch and there was an acute shortage of staff.
The committee was further informed that due to a lack of transport, parents at the school had purchased a bus in order to provide scholar transport.
“It is clear there is a communication gap or breakdown in this area between the different officials.
This has led to the school not receiving the necessary support as required by our special needs learners,” Mbinqo-Gigaba said.
“We want to urge all the levels of the education sector to work together. All the parties need to communicate better and work better together. It is not for our interest. It is for the children who can’t speak for themselves.”
The committee has been visiting schools across the province and country to assess their readiness for the 2020 academic year.
The committee also visited Tom Naude Technical School and Sepheu Moleke Secondary School.
Mbinqo-Gigaba said the question of overcrowding came up again when they visited Sepheu Moleke, where they were informed that in the grade 12 class there were 82 pupils
and in grade 8 the class had 80 pupils.
“This is not fair on our learners. Learning and teaching cannot take place under such overcrowded circumstances. The school must, however, be commended for the pass rate and performance in especially mathematics and physical science under very diffcult circumstances.”
The Limpopo department of education is notorious for underspending its infrastructure budgets since 2011. At a recent parliamentary meeting, it was reported that by September last year, it had only spent 24% of its budget.
The province is also ranked last in the ratings of matric performances by provinces. The department did not respond to questions sent to it.
By Kabelo Khumalo

Minister of Basic Education Angie Motshekga said today, that grade 7 and 12 learners will resume their academic year from the beginning of next...
Read more
Education

UP, UCT are among the top institutions  The University of Pretoria’s (UP) Gordon Institute of Business Science (GIBS) and University of Cape Town’s (UCT) Graduate...
Read more