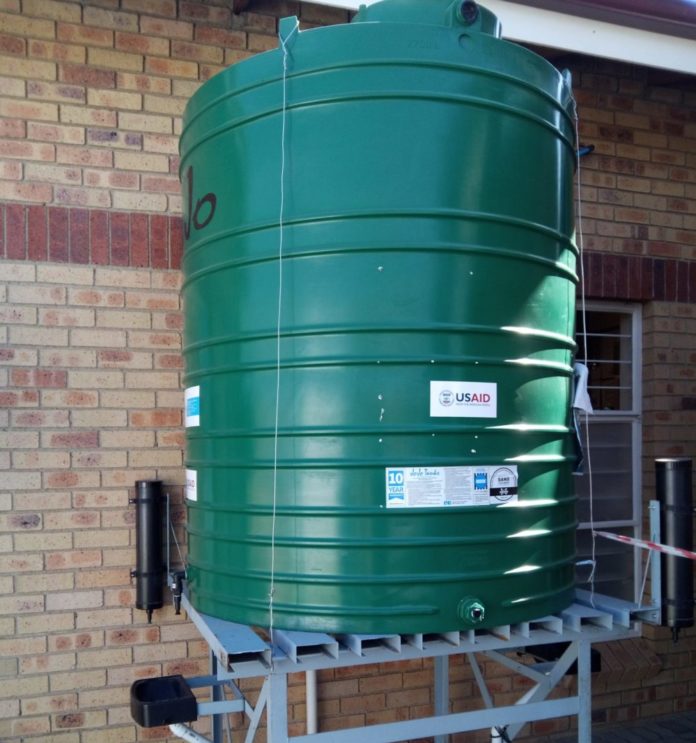 The Department of Basic Education has spent about R800-million providing water and mobile toilets to schools across the country since the outbreak of the COVID-19 global pandemic, laying bare the slow pace of government’s efforts to eradicate poor sanitation infrastructure at some schools.

This information is contained in the department’s response to President Cyril Ramaphosa’s request to reveal COVID-19 expenditure that has attracted much attention in recent months due to allegations of corruption.

The department said it has spent a combined R180-million renting mobile toilets for a period of six months (from DBSA and The Mvula Trust) and a further R600-million on water tanks from Rand Water. Julia Chaskalson, communications officer at Section27, said before the COVID-19 pandemic, there were over 3 800 schools across the country that only had plain pit toilets on the premises.

“While we welcome the Department of Basic Education’s spending on sanitation infrastructure like mobile toilets and water tanks to address the new challenges brought by the Coronavirus, these interventions are expensive and fundamentally temporary solutions to long-term, historical problems,” Chaskalson said.

The department in 2013 published legally binding regulations, called the norms and standards for school infrastructure. These made it a law that e very school must have water, electricity, internet, working toilets, safe classrooms with a maximum of 40 learners, security, libraries, laboratories and sports facilities. The norms and standards regulations apply to all public schools.

“Due to the urgency of the matter, a minimum of two mobile toilets and a maximum of four mobile toilets were installed at each one of the identified schools. This initiative enabled all the identified schools to open and provinces confirmed that none of these schools was closed due to lack of sanitation. “The combined cost of these rentals is about R20-million a month, with an estimated cost to date of R50-million.”