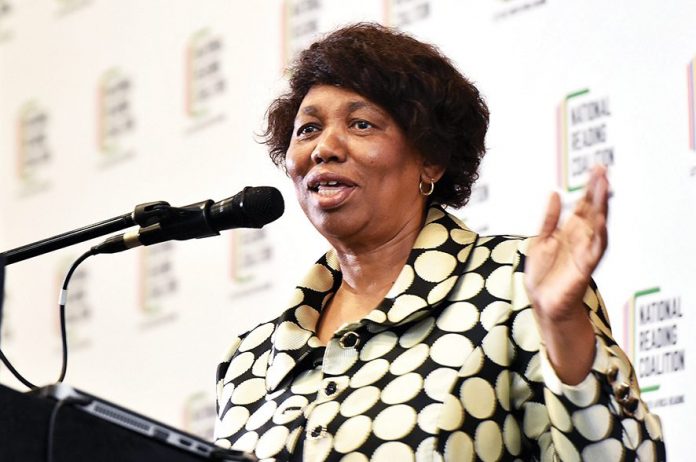 Plans by the department of Basic Education (DBE) to do away with deadlines imposed on the government to fix schools infrastructure have been slammed by most stakeholders in the sector, with Basic Education Minister Angie Motshekga forced to extend the public comments deadline to July 31.

Motshekga gazetted proposals to make amendments to the norms and standards for public school infrastructure on June 10. Under the proposed changes, the deadlines for the government to eradicate pit latrines and provide basic services like water, electricity and classrooms have been removed.

Following the publication of the proposed amendments,  Equal Education (EE) and its sister organisation EE Law Centre (EELC) wrote to Motshekga to raise their concerns on the proposals, and urged her to extend the deadline of July 10 for comments as the public was not notified of their publication through accessible channels.

On Thursday, EE members comprising pupils, former pupils, teachers and parents, marched to parliament to protest against the scrapping of deadlines from the school infrastructure law.

At the centre of the EE and EELC’s concerns are that accountability and monitoring measures, which were used to hold provincial education departments and the DBE accountable, have been removed in the proposed amendments along  with the three-year, five-year, 10-year and 2030 time frames.

Tarryn Cooper-Bell, the EELC senior attorney, said: “This extension will allow school communities to undertake broad consultation and engagement, and ensure that those most affected by the proposed amendments have a say in what these regulations should look like.

“The EELC calls on the DBE to continue encouraging robust public participation by releasing a version of the proposed amendments that is user friendly and in a language that school communities can properly engage with.”

In 2013, Motshekga signed the norms and standards into law following years of campaign by education activists to ensure that schools have running water, electricity and sanitation.

The regulations also required that pit latrines are replaced with safe and adequate sanitation, and schools built from inappropriate materials, such as mud and asbestos, are replaced.

The deadline for this was November 2016 but was missed by several provincial education departments. Stakeholders who spoke to Sunday World said the draft amendments were a way for the DBE to not be held accountable and will be detrimental to teachers and pupils.

Sadtu secretary-general Mugwena Maluleke said the union, which is the biggest in the sector, rejects the proposed amendments. “We cannot have a norms and standards amendment that do not have a target or time frame, that is unconstitutional. Both the ministry and government need to prioritise our members because they work in environments that are life threatening and their dignity is compromised,” he said.

“Our issue with what the ministry proposes is accountability. Because if there is no time frame, we will not be able told hold them accountable. We have acknowledged that they cannot fix everything all at once, but if we accept this then it would mean we say let us do away with the constitution because it clearly states that children have a right to education and safety,” Manuel said.

The infrastructure challenges facing South Africa’s schools were laid bare when Covid-19 hit the country in 2020. The DBE spent about R800-million providing water and mobile toilets to schools.

Julia Chaskalson from Section27 said: “Infrastructure conditions at South African public schools are directly responsible for the deaths and injuries of countless learners, like Michael Komape, Siyamthanda Mtunu and Lumka Mkethwa, all learners who were killed by inadequate and dangerous sanitation infrastructure. We need urgent action supported by adequate funding to address challenges with school sanitation.”