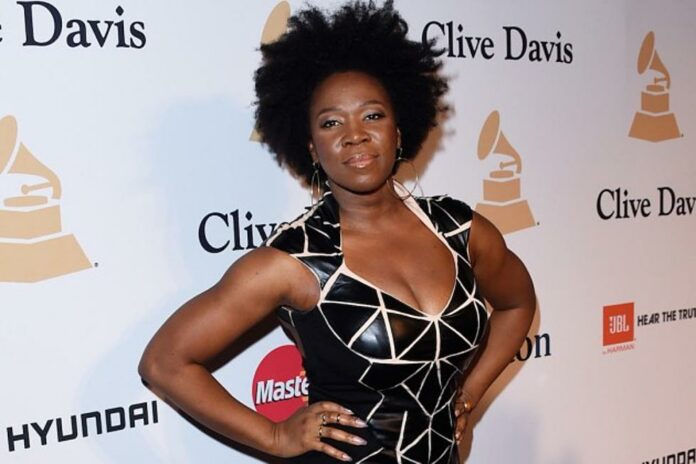 The Clicks incident is just one in a long line of decades-old discrimination against natural locks, writes Somaya Stockenstroom and Nokuthula Zwane

For a black woman, hair can be fraught with meaning: liberating, confining or a mixture of both. TRESemmé’s distasteful advert on the Clicks website is just another layer on decades-old discrimination against natural black hair.

Gloria Paidamoyo Chikaonda, a natural hair advocate who runs her own natural hair YouTube page, Gloria C, says black hair has been constructed to disadvantage black and coloured people because of the texture, colour or length of their hair. “This plays out much the same way as the politicisation of skin colour and skin tone and, in fact, black hair politics is in conversation with colourism, and therefore with racism. It’s about defining and assigning black hair as inferior based on standards of beauty that value “whiteness” or whatever are considered phenotypically Caucasianfeatures, as the epitome of beauty,” says Chikaonda.

“I appreciate that the consciousness on black hair acceptance and maintenance in Africa has grown exponentially, but I would like that consciousness to be reflected in the proliferation and success of black-owned hair businesses and more black-owned, easily accessible and affordable products on our shelves.”

So passionate is the issue of black hair that American songstress India Arie penned a song about politics of hair, aptly title: I Am Not My Hair. “Good hair means curls and waves. Bad hair means you look like a slave. At the turn of the century, it’s time for us to redefine who we be … If it’s not what’s on your head, it’s what’s underneath,” the lyrics of the song go.

Hairstylist Bongi Malila says she relates to Arie because growing up black hair was thought of as dirty and unruly by her Model-C school peers. Malila now proudly wears her hair in a short blonde crop. She says for years she tended to Caucasian hair and they would often be surprised that she could style their hair.

“They would give me this questioning look like I didn’t know what I was doing. I went to school, I can do any type of hair. And when I would get a black client and apply relaxers to their hair, the white customers would complain about the smell – one even asked why doesn’t the client just get a wig. They don’t know the pains black women go through to be fashionable and fit in.”

In July last year, California became the first state in the US to outlaw racial discrimination based on a person’s hair. California Governor Gavin Newsom said at the time that the Crown Act (Creating a Respectful and Open World for Natural Hair Act) would protect people in their workplace and schools from discrimination based on their natural hair. This came after a referee forced a black wrestler to cut his dreadlocks or forfeit his match.

“That indignity forced the student to choose whether to lose an athletic competition or lose his identity,” said Newsom.  Los Angeles Democrat senator Holly Mitchell, who had introduced the bill, said African American men and women had to endure expensive, painful and dangerous chemical treatments as a means to conform to white beauty standards.

Several other states have now followed in the footsteps of California with similar proposed legislation on hair.

Youth at the forefront of the hair debate

Almost a year ago, during Heritage Month, pupils at Malibu High School in Blue Downs, Cape Town, reminded many South Africans of the ignorance around African hair politics. The pupils sparked debate by chanting the words “hands off my heritage, my pride and my identity”, which led to a petition against the discrimination of hair texture in the schooling system. In 2018, a similar protest at Pretoria Girls High School, led by Zulaikha Patel, shut down the school a¡ er discrimination of their hair textures. Since then there has been a petition endorsed by cosmetic hair brand My Natural Hair to start protecting the rights of the youth in the schooling system.

Zanele Muchetu, 33, and Blaque hair-care owner explains how she started her business after she found that there were few products that were tailored for black hair, particularly her’s and her daughter’s. “I would get frustrated at the lack of options available. The options that were available for our hair were limited and the ingredients used were not bene­ficial to our hair or in some cases were even harmful. “I also noticed in the big retailers there were quite a lot of locally and internationally produced options for Caucasian hair and only a handful for ethnic hair. “This is when I started reading, researching and DIYing,” she says. Muchetu adds that challenges faced in distribution and gaining the trust of a consumer in a world infiltrated with wholesalers that have been selling the same kind of hair products for years is no easy feat. “Selling is no easy feat either. Gaining the trust of the consumer is the toughest part, after all, we are dealing with their crowns. With that being said, entrepreneurship in itself is a challenge and the industry I have chosen is not an easy one. “Distribution is extremely hard as a small business there are quite a few things that you need to take into consideration and you are competing with bigger, well-established businesses. “Some distributors expect us small businesses to come to them with an established warehouse and production lines.

“So far, I am still awaiting feedback from them,” explains Muchetu.