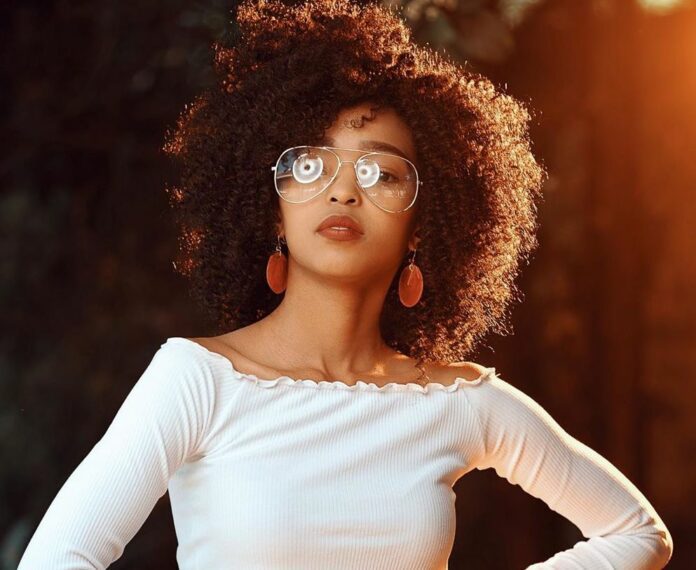 Speaking to Sunday World this week, she says it has become the norm for her to be cast as a younger character based on her small structure.

“My very first role on Intersexions season 2 was that of a 15-year-old schoolgirl and I was 22 at the time,” she says.  Mafole plays the young role of Mapula on Rhythm City.

“I appreciate the roles. At the end of the day, my calling is to tell stories and I appreciate still being able to tell youth-centred stories. After all, ageing is inevitable and playing young characters won’t last forever,” she says.

Now that she will be entering into her 30s she says; “I would like to play characters that are very different from me, including male characters. I’ve often been cast as the ‘victim’ in stories and it would be interesting to explore portraying antagonistic or villainous characters.”

She applauds her supporters who are not clouded by her on-screen age and remember her true age.

“Well, I suppose I can only do that by being my most authentic self. I am not the character and those who watch Rhythm City and also follow me in my personal capacity will see that we are two different people,” she says.

“As I step into a new chapter in my life I’m hoping to open up and share more of myself and creativity with people that follow me and my work. I plan on making myself heard and taking up a little bit more space where I need to,” she says.

Her secret to her ageless appearance, she says is laughter and drinking water.

“I think it’s primarily genetic but I do try to eat well and exercise often. I drink lots of water and try to laugh a lot,” she chuckles.

Her plans to celebrate her birthday coincides with the national Mandela day and with the global pandemic she wants to give back to underprivileged families.

“The whole idea with my birthday is to show gratitude for life by giving back to others. The pandemic makes that very easy to do as there are so many people facing different needs. This year, the intention is to identify some families in need and supply them with groceries, food packs or whatever else they might need assistance with at this time,” she says.