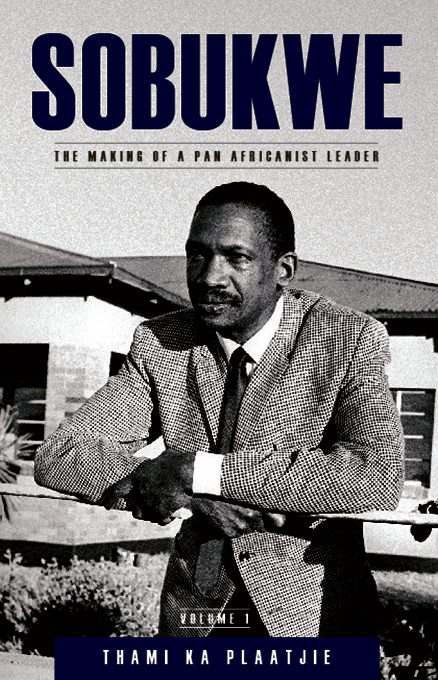 Sobukwe’s arrival at Fort Hare opened a new chapter in his life that set him on a strong academic and political footing.

He had lost some of his youthful innocence.

The academic challenges of Fort Hare were immense, as were the competing attractions of politics and the social life of a young man in his prime.

Sobukwe was making sense of the life around him, of his country and of the living conditions of his people who had no political rights in their own land.

The knowledge gleaned from his studies and the debates among his peers set him on a new political path. He had not been politically active, and his political views were immature.

His nascent political ideas were formed by the knowledge gained from exposure to literature which revealed the works of Shakespeare and S.E.K Mqhayi that left a political impression in his curious and fecund young mind. He harboured a deep love for Africa, and was concerned about the wellbeing of others.

Writers such as Mqhayi had written about the struggles for freedom by Africans and the richness of African culture.

Sobukwe’s education and knowledge helped sharpen his skill as a natural leader and a gifted speaker. He had a charismatic personality, and when people came into contact with him, they were spellbound.

Achmat Lahere remarked that “there was no way that you could remain the same after coming across Sobukwe. You had to be different. He had that effect on people”.

His unassuming disposition belied his inner strength. He may have had a gentleness and a Victorian gentlemanly air about him, but he was radical in his political outlook and his broad knowledge armed him with a lethal tool that he used effectively.

In the expression of kindness and in the assertion of a strongly held view he employed the most fitting, witty and devastating words that left no room for questions or doubt. In an argument, Sobukwe left his opponents with little intellectual room to jettison his views.

There was tradition at Fort Hare that at the end of each year, the younger students hosted a farewell party for those graduating.

Sobukwe was selected to deliver an address on behalf of the first-year students on the occasion of the freshers’ social held at Wesley House.

Edwin Makoti, a PAC stalwart, recalled that the event marked the emergence of a leader.

“This was his first public platform that he was accorded by other students to speak on their behalf. He made a scathing attack on the senior students for their snobbery, excessive drinking, womanising and lack of patriotism.

He said that in the circumstances, when they graduate, their qualification would be equivalent to Baboon’s Arses instead  of Bachelors of Arts.”

Sobukwe was challenging what he regarded as the false superiority displayed by the senior students. This elitist conduct, as he saw it, was not founded on reasonable justification but was merely ostentatious and had no value for the national cause of the African people since it was self-consuming and egotistic.

He embraced a simple approach to life where all were seen and treated as equals.

Denis Siwisa reported that “the ‘Senior and Saner’students as they referred to themselves, felt insulted and hurriedly convened a house meeting in which Robert was accused of having insulted them.”

Students filled the highly charged meeting, demandingthat Sobukwe withdraw his remarks and an apology formalised by means of a letter.

Their actions were tantamount to extracting a confession from a rock: Sobukwe’s principles were formidable and entrenched in a stubbornness that was a far cry from his humble and amiable personality.

Makoti describes what happened: “A highly charged meeting of the senior undergraduates resolved that Sobukwe should withdraw his attack and apologise by letter… or be subjected to solitary confinement in the bathroom outside of class hours until he repented, and in that period f punishment, no one should speak to him.”

Makoti continues: “The dean of the college approved the decision and put it to Sobukwe, who defiantly refused to apologise and took his bed into the bathroom. In a little over a week, the whole student body stood down and rescinded its decision.”

Sobukwe stood his ground, regardless of popular sentiments. At the time he had not yet formalised his views into a coherent political philosophy.

However, there was in the young Sobukwe a flame which years at Fort Hare helped to kindle and set ablaze.

• Extract from Sobukwe: The Making Of A Pan Africanist Leader, by Thami ka Plaatjie, published by KMM Review Publishing.

Johannesburg - The first ever annual South African Popular Music Awards (SAPMAs) will be held later this year. According to the award body, for over...
Read more
Breaking News

Johannesburg - The 27th installment of the SA music awards will see The Best Kwaito/Amapiano/Gqom Album being discontinued. In a statement, the organisation said they have...
Read more