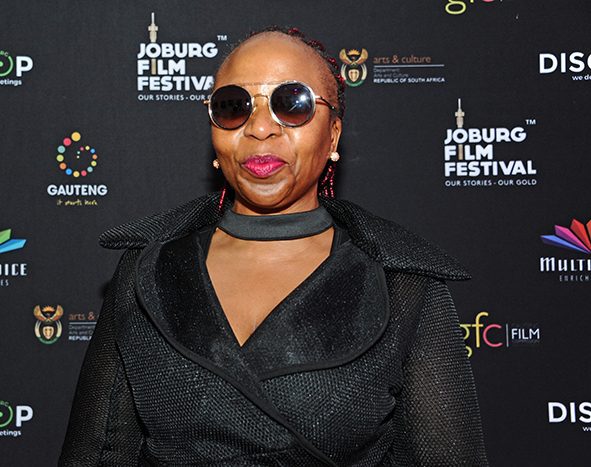 Actress Vatiswa Ndara must really be commended for her courage to stand up to employers, or should we say exploiters, in the arts and entertainment industry.

Her open letter, while cathartic perhaps for her, quickly caught fire.

Mara Louw, a delightful and self-respecting actor, told Sowetan: “Our industry is so cruel and rotten. There is a lot of exploitation in the industry but actors are afraid to speak out because you will be blacklisted… I have spoken against exploitation and have been blacklisted. But still, I won’t take peanuts.”

Let me be frank. While I sympathise with Ndara and Louw, their call is unlikely to result in measurable material changes in how the sector operates.

One of the positives from Ndara’s letter is that it has forced society to pause and reflect on practises in the sector. This is not only overdue but constitutes progress. Production companies will take a fresh look at themselves and want to avoid being where the Fergusons are this weekend.

In this sense, some actors will benefit. It will be hard for anybody – two or five years from today – to quantify this
progress. Is there exploitation in the sector? No doubt.

Are public expressions of disenchantment helpful? To a point. The nub of the problem is how we arrive at what constitutes “fair value”.

When you negotiate your pay, as an actor, what do you use that objectively determines that elusive mark of the value you contribute? How much of that is delusion? There are no clear answers both in South Africa and around the globe.

To make a general point, we are unlikely to find many people who are happy with their salaries. Take the police, nurses, teachers, prosecutors, accountants or even MBA graduates.

Even chief executives of South African banks, who earn more than R40m per year, including bonuses, remain focused on how to improve their own salaries.

Standard Bank paid executives large sums of money then proceeded to retrench poorly paid staff and closed down some branches when it was possible to keep them without running the company down. Why? The leadership is focused on maximising returns on investment – the same thing done by every self-respecting company.

Yes, rapid technological advancement and innovation are changing how we live and do business. But at the heart of this spectre is corporate greed and social contradictions that have been around for long.

It is the same thing that sees the Fergusons focused on who to pay less so that they too can retain a bit more fat for their lives of luxe. The point is that what Ndara is raising is not an issue for the entertainment and art sector – it is a general employer and employee issue that has been around for as long as people have worked.

It is the same issues that made Karl Marx and Friedrich Engels plead in 1848: “Workers of the world, unite!” For, this exploitation was as palpable then as it is plain today. The socialists have attempted to come up with alternatives to capitalist greed, but, hello Communist Nzimande, we are here now!

While I think it is admirable for Ndara to name and shame these exploiters, we must never believe that Minister of Arts Nathi Mthethwa will provide a measurable, enforceable solution to this ageold saga.

Actors must be encouraged to learn how to negotiate good contracts for themselves but also, when paid, how to use their funds responsibly. It is the height of folly to live a flashy, red-carpet life of expensive clothes worn for cameras once and then be buried like a pauper months, if not a few years, later.

Importantly, though, all of us, especially actors, musicians and athletes (generally defined), ought constantly to focus on self-growth. The Fergusons were once plain actors – but today run a successful production company.

Many of us limit ourselves to perpetual employment when we can, through tears and toil, become employers later in our lives. Not every actor must become a production company owner. Far from it.

Each must work on their own strengths and talents. Caiphus Semenya, that great South African, will be teaching young musicians. Good show. Tyler Perry unveiled one of the biggest film studios in the US early last week.

Years ago, Perry was broke as he tried to make his entry into the world of theatre – a move that made him homeless. But he was possessed of a never-say-die spirit.

Today, he is not simply one of the richest men in the US, he is an actor, a writer, a producer, a director and much more. He has taken the time to invest in himself. He paid attention to his own progress. He doesn’t act because he has a gig – but acts because he wants to. He could have limited himself simply to acting.

And we thank God that his life is a public master class for our actors. And so, while it is unlikely that Ndara’s letter will eradicate exploitation of actors, it is important she raised the concerns.

Equally important is the fact that we must learn that those who become future employers didn’t start off as employers– and the actors of today can take certain actions that will ensure that they too, like Perry, will in the future accept acting roles only when they want to.