Going after Cyril could cost Mmusi 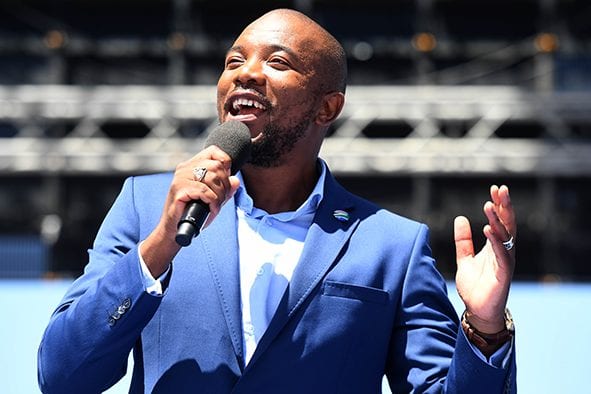 Part of the reason DA leader Mmusi Maimane is in hot water with his party is because he went for the jugular in getting President Cyril Ramaphosa to accoun for the R500 000 facilities management company Bosasa donated to his ANC presidential campaign.

This startling claim behind the palace revolt, the Sunday World has established, is informed by concerns some DA leaders expressed over the
prospect of a David Mabuza presidency.

This week Maimane said there was a smear campaign against him, after it emergedthat he was driving around in a car sponsored by Markus
Jooste, well after it was exposed that the businessman was alleged to be at the centre of the country’s biggest corporate fraud.

The other allegations was that he declared a house he was renting.

The DA is embroiled in a war over race, which sources close to Maimane say has resulted in his opponents considering walking away from the party to form their own.

Maimane’s camp wants race to be used in determining policies given the history of discrimination in the
country, while his opponents say the party should not recognise race in policy formulation.

But the Bosasa matter was also being used in the attack on Maimane, insiders say.

Joburg mayor Herman Mashaba confirmed that Maimane’s pursuit of Ramaphosa on the Bosasa matter was part of the reasons he was being targeted. Mashaba also slammed Maimane’s critics as racists hiding behind liberalism, calling on the party leader to throw them out.

“They are racist in the sense that, if some doesn’t believe in black leadership, what do you call that person. They have a problem with black leaders. They thought they will bring Mmusi in to continue with their agenda,” Mashaba said.

“They have had issues with Mmusi criticizing Cyril Ramaphosa (on Bosasa), they are unhappy with him. Why would they have a problem that Mmusi is criticising Cyril?

A DA insider said: “They say if Ramaphosa goes we will be left with DD Mabuza. They even point at us working with the EFF, but they are quite [happy] with us working with the FF Plus,” he said, adding that Maimane’s foes have been approaching the party’s funders in their effort to dislodge him.

In a development that strengthened Maimane’s hand on power, the party’s finance committee cleared him on the car and house matters, saying there existed no financial wrongdoing on both issues.

This was while former party leader Helen Zille, who has supported calls for Maimane to step down, announced she was running to become the party’s federal council chairperson. The election to the post will be held at the end of October, and will be a big blow to Maimane should Zille win.

The pride that we can’t even claim

Siya Kolisi challenges men to clean their homes for a signed...