Ex-minister’s cheating ways too much for wife 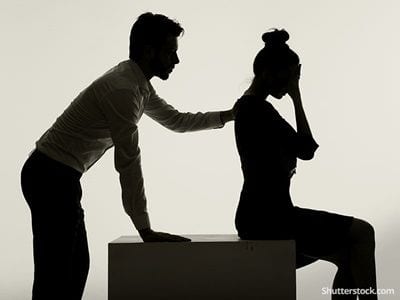 Mining mogul divorces politician
An ANC national executive committee member, who was one of the country’s longest-serving ministers before retiring last year, is being divorced by his tycoon wife.
The wife has accused him of siring children out of wedlock.
The minister and his wife, who may not be named to protect the identity of their 13-year old daughter, are separated and living apart in Joburg.
The minister, who served under several former presidents, confirmed that he and his wife had drifted apart and were heading for a divorce.
But the respected politician declined to discuss the pending divorce, saying the matter was sub judice.
“We are in the middle of a divorce and therefore I cannot comment as the matter is sub judice and there is a minor involved. Having said that, I want to refer you to a Constitutional Court ruling, which bars the media from mentioning the parents of minors who are involved in divorce proceedings.
“Therefore, my rights are reserved should you proceed to mention our names in your article,” he said in written response.
The minister’s wife, who is the sister of a well-known South African businessman, couldn’t be reached for comment at the time of going to print.
But in the divorce summons, seen by Sunday World, the ex-minister’s wife, who has interests in mining, said she was divorcing her husband because he had had several adulterous affairs that had produced love children.
“The defendant conducted and continued to conduct various extramarital relationships and has fathered children with other women during the course of the marriage, which conduct the plaintiff finds irreconcilable with the continuation of the marriage,” read the summons.
She also said their out-of-community of property marriage, which was registered on February 22 1997, also faltered because of their different interests.
“The parties have grown apart during their marriage due to each other being devoted to their businesses or political commitments and allowing those to keep them in different locations and interested in different things at different times.”
She also said their marriage ceased to exist donkey years ago but they continued to live under one roof for convenience.
By Ngwako Malatji