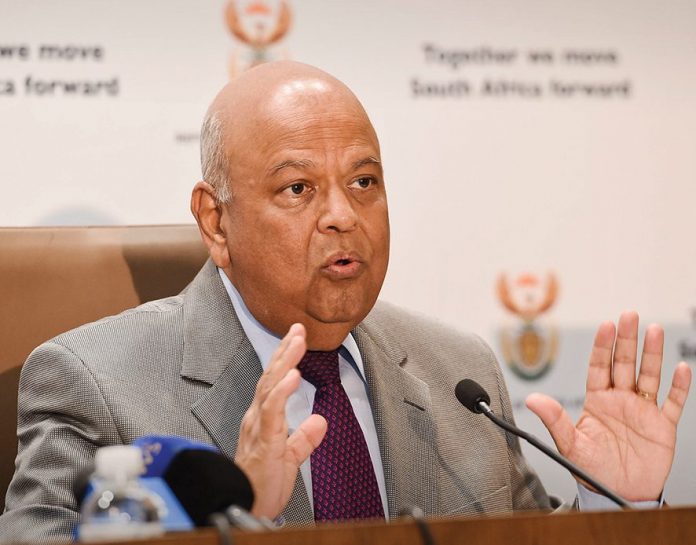 Public Enterprises Minister Pravin Gordhan and his mineral resources and energy counterpart Gwede Mantashe are said to be at loggerheads over how to ensure the stability of the country’s energy supply.

The divide between the two powerful ministers in the economic cluster and the president’s political allies is said to trouble the president so much that he has tried to broker peace between the two as the country faces debilitating blackouts, according to a dozen officials familiar with the situation.

A source close to the president said Ramaphosa, who desperately needs a reliable power supply to convince investors to throw their weight behind the economy, has tried to intervene in the battle between the two senior ministers.

“The country is being taken further into darkness because of the two ministers. The fight between the two is personal. Two weeks back the president tried to tell them to resolve their differences,” he said.

So dire is the power supply situation that the ANC yesterday held an emergency natioinal execetive comitte (NEC) meeting to discuss the ongoing energy crisis.

In what has become a regular occurrence over the past decade, was this week plunged into darkness asEskom implemented stage 6 load-shedding.

Gordhan’s department provides oversight over eight state-owned entities, including Eskom, Denel and Transnet. Mantashe’s department, on the other hand, is responsible for government’s energy policy.

Mantashe came out guns blazing on Friday when we approached him for comment. He said his department was not responsible for the electricity woes. “There is no blame shifting here. What you should understand is that my department deals specifically with policy, and the Department of Public Enterprises is responsible for Eskom,” he said.

He also refuted claims that there was bickering between him and Gordhan, saying it was something the media was trying to manufacture.

A senior government official, however,  insisted that Mantashe and Gordhan do not see eye to eye on the Eskom issue, and on how to map a way forward.

“Pravin has been insisting that additional generation capacity is what is needed to address load-shedding, and that the mineral resources and energy bureaucracy has been an impediment to the generators coming online.

“Gwede, on the other hand, has insisted that Eskom has adequate capacity and that it must do the required maintenance  to avoid load-shedding.  It’s hard to argue with Gwede’s argument as Eskom has 46 000MW capacity and peak demand is 32 000MW.”

Government moved on Friday to assure the nation that the president was hands on in trying to resolve the energy morass facing Africa’s most industrialised country. “Government would like to reassure South Africans that President Cyril Ramaphosa is leading the response to the current energy crisis,” a statement from the Government Communication and Information System read.

The country’s energy policy is expected to be discussed when the ANC’s top brass and membership meet at the policy conference scheduled for this month. In its policy discussion documents released in May, the party said policies are required to increase investment in electricity generation capacity and the energy mix, both by public and private entities.

“Such investments will create direct jobs for those involved in building new electricity plants and transmission networks, as well as indirect jobs for those in upstream and downstream manufacturing activities…  as we enhance our country’s energy security, we will be guided by the National Development Plan and our commitment to ensure we have a low carbon economy and a climate-resilient society by mid-century,” the document reads in part.

Erstwhile finance minister and ANC NEC member Tito Mboweni said the electricity difficulties in South Africa are a complex matter requiring complex solutions. “The Eskom fleet is old and archaic. We cannot build many new coal-powered stations in the current global environmental context.  We need a mix of energy sources: coal power, hydro, nuclear, wind, renewables, etc. One size fits all won’t work anymore. Remember, Eskom was constructed to serve the emerging industry and a small white population. It was not designed for the current population, industrial size and demand.”

Mboweni, who stepped down in August from the National Treasury, backed under fire Eskom CEO Andre de Ruyter to turn the power utility around. “I have full confidence in that management team.

“They are doing their best in a difficult and unforgiving environment. They have to manage a business that is also a permanent target of sophisticated mafia-type syndicates, scrap metal thugs, suppliers who mix coal with stones in order to break the machinery system.”

Organisations such as the Black Business Council have called for De Ruyter’s dismissal.

Cas Coovadia, the CEO of Business Unity South Africa, said the implementation of stage 6 load-shedding will be a serious blow to all sectors of the economy and could lead to SMEs buckling under the pressure of managing an untenable situation.

“We must stress that while this is a serious and negative impact on the economy, we are, unfortunately, not surprised that we have reached this crisis. We have been urging the government for numerous years to remove all barriers to private sector intervention in the generation of energy and power, but it is only recently that government has heeded these considerations,” Coovadia said.