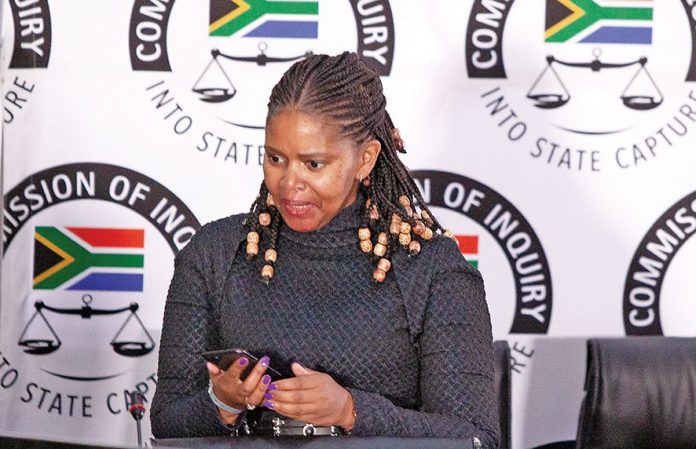 Johannesburg – The recommendation by the chairperson of Judicial Commission of Inquiry into Allegations of State Capture, Corruption, and Fraud in the Public Sector including organs of state, for whistleblowers to be rewarded for standing on the side of the truth has given new hope to whistleblowers across the country.

Should the government accede to judge Raymond Zondo’s recommendation, South Africa would join countries like the US, which rewards whistleblowers handsomely for credible tip-offs.

Just this week, the Securities and Exchange Commission (SEC) issued a whistleblower an award of over $13-million (R203-million). In the 2021 fiscal year, the SEC issued a record $564-million in whistleblower awards to 108 individuals.

Former CEO of Trillian Financial Advisory, a subsidiary of Gupta-linked Trillian Capital Partners and the author of the book Uncaptured: The True Account of the Nenegate/Trillian Whistleblower, Mosilo Mothepu, welcomed the recommendation.

“I made the recommendation about rewarding and protecting whistleblowers in December at the Zondo Commission. I have always said the state failed whistleblowers through inefficient legislation and no protection. I have been interviewed for years, and the state hasn’t changed anything. Keuben Moodley, who was in a corrupt [relationship] with [Salim] Essa, is arrested and out on bail. I implicated him. I have my own protector.”

Evidence by Mothepu and others before Zondo alleged that Trillian was one of a group of companies with ties to the Gupta family that systematically targeted South Africa’s state-owned entities during the presidency of Jacob Zuma. Instead of being celebrated, whistleblowers often put their lives and livelihoods on the line.

In August, Babita Deokaran, a senior Gauteng health department official, was gunned down outside her home. She is said to have been a whistleblower in the multimillion-rand PPE looting in the province. Her family also weighed in on the proposal. “We believe that the state should compensate the family of Babita as she died while exposing the corruption that was taking place in the department.

“Babita was looking after her family and her child as a breadwinner, and she didn’t choose to be assassinated for being a whistleblower,” the family said.

The killing of whistleblowers has become the norm in South Africa with little consequences for the murderers and their handlers. The killers of former ANC North West municipal councillor Moss Phakoe, erstwhile City of Mbombela speaker Jimmy Mohlala and former ANC Youth League secretary-general Sindiso Magaqa, who was known for standing up against corruption, have never been apprehended.

Former SAA treasurer-turned whistleblower Cynthia Stimpel said: “I would like to expand this recommendation further – that the funds recouped from state capture and other activities of fraud, corruption, and money-laundering, should go into a whistleblower fund.”

Zondo found that SAA was looted with the participation of management and its auditors PwC and the now-defunct Nkonki turned a blind eye. Zondo, in the first part of his report released on Tuesday, paid a glowing tribute to Athol Williams, who blew the lid on the corrupt relationship between consulting firm Bain & Co and the South African Revenue Service.

“He [Williams] rejected numerous attempts from Bain & Co to give him large sums of money in return for his silence. The commission highly appreciates his assistance.”